The double-digit growth in imports is expected as economic activity resumes and aggregate demand increases. However, a sustained double-digit would be hard to sustain given the paltry growth in exports.

Volatility seems to be the name of the game during this recovery. The uncertainty will remain. However, the uptick in import figures shows that demand-side effects are also in play. Maybe it is linked with the improved confidence levels in recent survey figures.

The issues faced by the exporters in August may have subsided in September. The trend in disaggregated figures will be interesting, Nakhoda added.

Pakistan’s trade deficit went up by 2.02% to $5.8 billion as compared to $5.69 billion in the first quarter of the current fiscal year of 2020/21 (July-September) as both exports and imports showed a marginal decrease and increase. 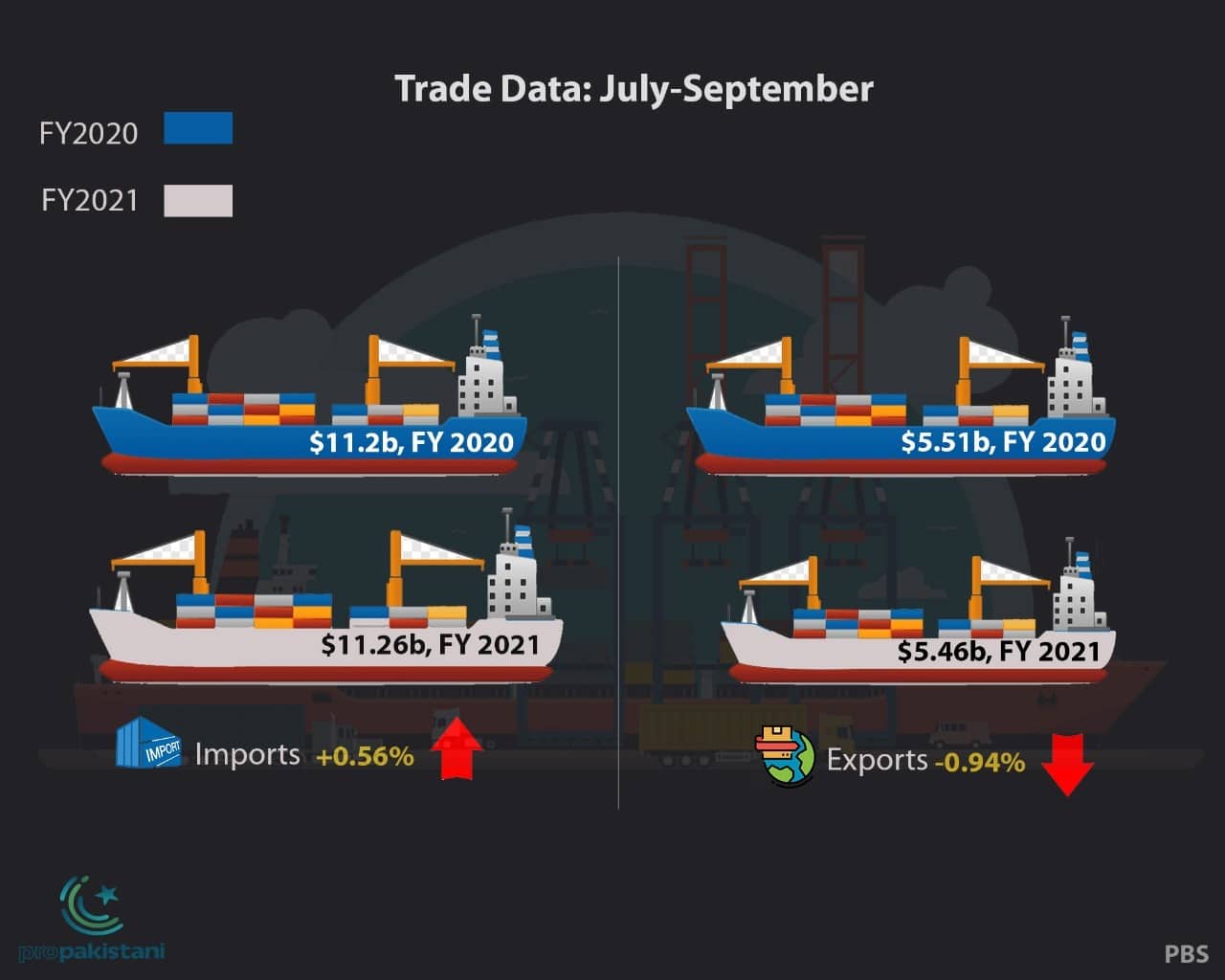 Exports made a recovery in September after a double-digit fall in August as the end of lockdown is leading to clearance of export orders in the backlog and economic activities are going back to normal.

In order to improve the balance of payments, the government used to discourage imports in the country.
However, revising its policy, the government abolished the import duties on 41% of industrial raw materials, which are more than 1,600 tariff lines, in September.