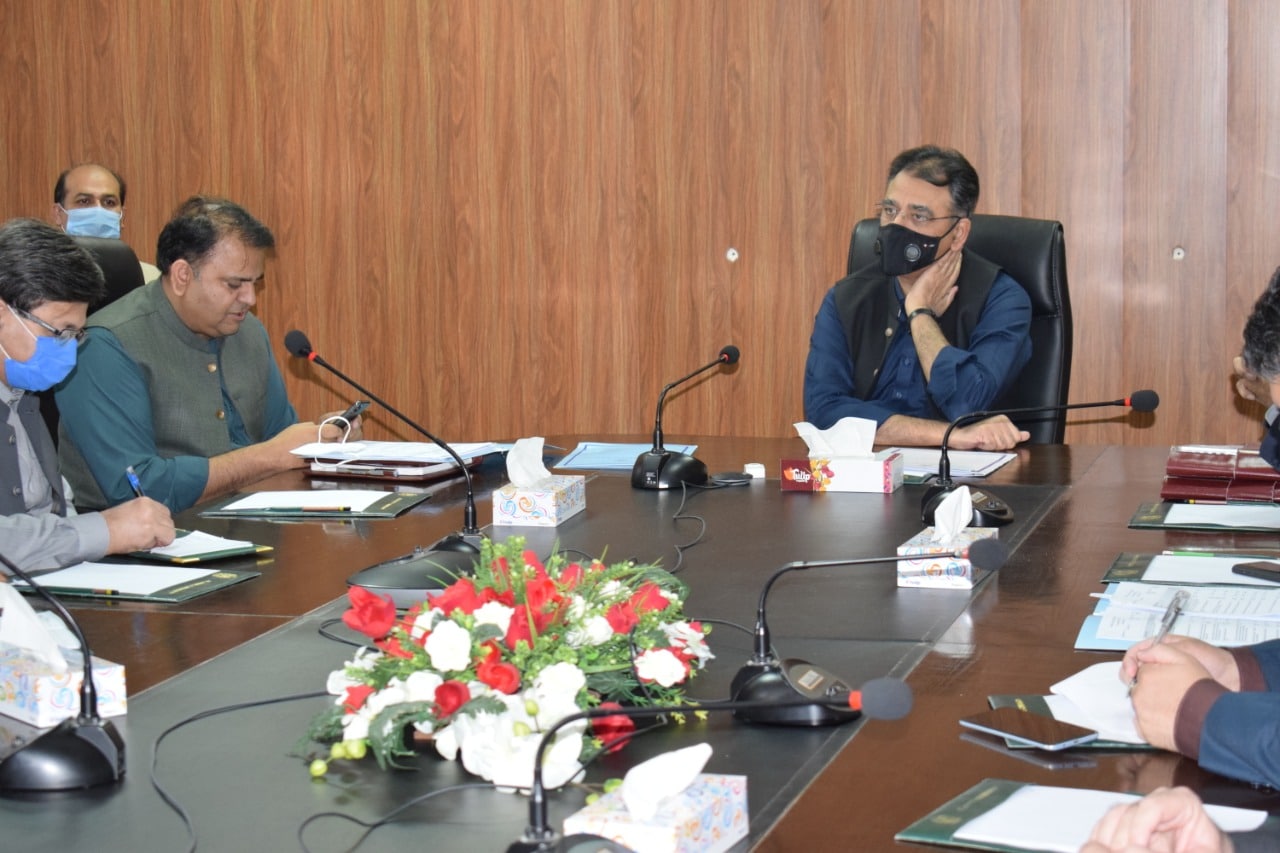 The Ministry of Science and Technology (MoST) has numerous high-tech, innovative and creative projects, and programs ready to launch in the near future.

Fawad Chaudhary informed that his ministry has a number of high-tech, innovative and creative projects and programs in the pipeline to be launched in near future. These interventions are related to modes of commutation, research & development, and technical education, etc. Asad Umar appreciated the efforts and ideas of the MST.

He also shared the proposal of raising the standards of government’s schools through the idea of STEMS (Science Technology Engineering and Maths Schools) in which the syllabus will also be converted into Lab Language.

He said that the purpose of making STEM schools is to enhance the quality of education imparted to the children. He said that the Ministry would want to start with around 90 schools and scale-up based on financing available for the projects. A formal project proposal would be presented for approval soon.

Minister for Science & Technology informed that NUTECH under the ministry is working on developing an unmanned railway project. Minister for Planning directed the Ministry of Railway and NUTECH to work together and prepare the project to be executed with the collaboration of the private sector.

Asad Umar said that the cost of all such major initiatives should be estimated and then a summary should be prepared. Prioritized projects/interventions should be furnished to the Planning Ministry for further decisions.