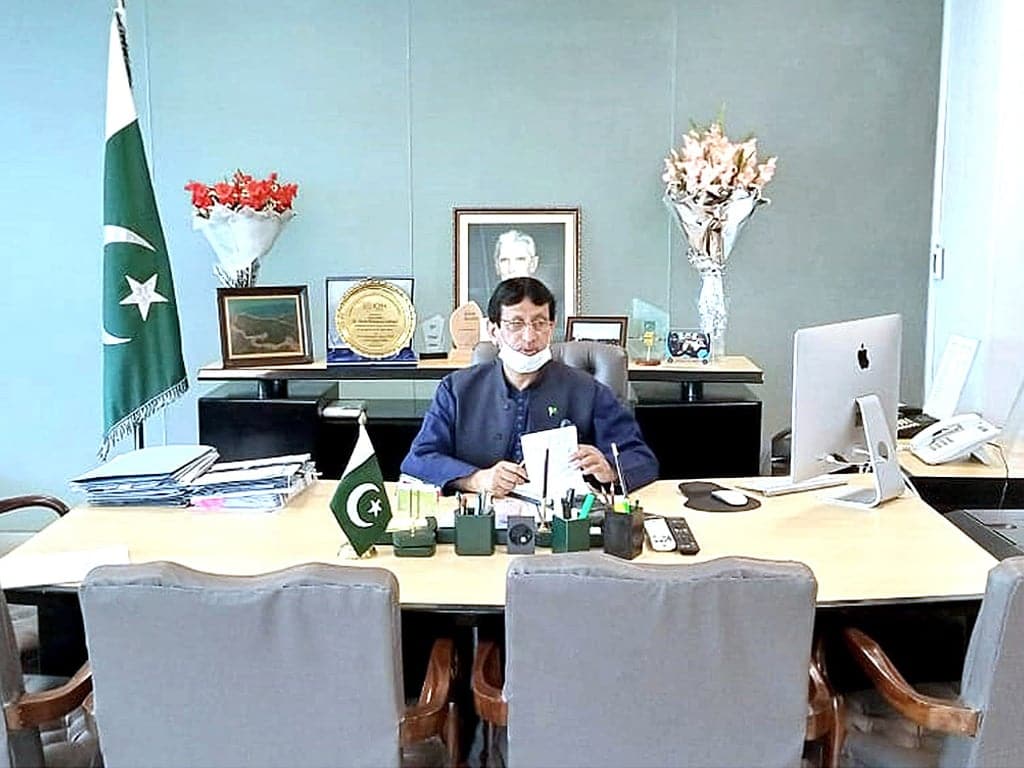 The government is planning to amend the Universal Service Fund (USF) rules and expand its scope by including e-education and e-health. This was stated by Federal Minister for Information Technology and Telecommunication Amin Ul Haque while talking to a group of journalists here on Monday.

He said that a proposal was under consideration with respect to suspending telecom operators’ contribution of 1.5 percent of their annual revenue to Universal Service Fund (USF). However, no final decision has been taken yet. The government as per its Digital Pakistan vision is considering expanding the scope of USF and introducing e-education and e-health.

Haque said that the Ministry of IT was committed to the provision of broadband services in the under-served and un-served areas of the country. He said that information and communication technology was vital for the socio-economic development of the country.

He said that Sindh provincial government has initiated the process to reduce sales tax on telecom services to attract investment in the sector.

He said that the matter of high taxation on information technology services was raised with Sindh provincial government as companies were shifting to other provinces owing to high tax rates in the province. Sindh Chief Minister has agreed and got approval from the provincial cabinet to reduce GST on IT and telecom services, he added.

The minister said that the Information Telecommunication (IT) and IT-enabled Services (ITeS) export remittances comprising computer services and call center services surged to $379.251 million at a growth rate of 43.55 percent during the first quarter (July-September) of the fiscal year 2020-21 compared to $264.187 million during the same period of 2019-20.

The government has set a target of $5 billion for export remittances through information technology and IT-enabled services during the next three years, he added.

He said that the Rules for Removal and Blocking of Unlawful online Content (Procedure, Oversight and Safeguards) Rules, 2020 will be notified soon where the government has no intension to restrict or disrupt the flow or dissemination of any online content unless necessary in the interest of glory Islam, integrity, security and defence of Pakistan, public order, public health, public safety, decency and morality.

All social media companies such as TikTok, Facebook, Instagram and Twitter will have to put up community guidelines for its users. Platforms with more than half a million Pakistani users will have to get registered with the PTA and establish a registered office in the country within nine months of the implementation of the rules, he added.

The minister said that within three months of the office’s establishment, a focal person will have to be appointed for coordination and a data server system has to be set up within 18 months.

Replying to a question, the minister said that the government has decided to release/auction additionally available frequency spectrum for improvement of mobile broadband services and network expansion in the country which is expected to generate billions of non-tax revenue.

He said that revenue generation will be in billions as there is a huge appetite in the market but the benchmark to be set by PTA through an international consultant.  Additional spectrum release/auction will help the enhancement of 4G services and subscribers base which is necessary for the successful launch of 5G technology in the country.

The minister said that he had proposed to include the National Accountability Bureau (NAB) into the spectrum auction committee to ensure transparency, however, NAB distanced itself from the committee.

He said that the Pakistan Telecommunication Authority (PTA) needs to improve its performance with respect to rules and regulations implementation.

About IT parks, the minister said that work is underway on IT Park in Islamabad and its groundbreaking will be done soon. He said that the IT Park in Gilgit has been inaugurated.