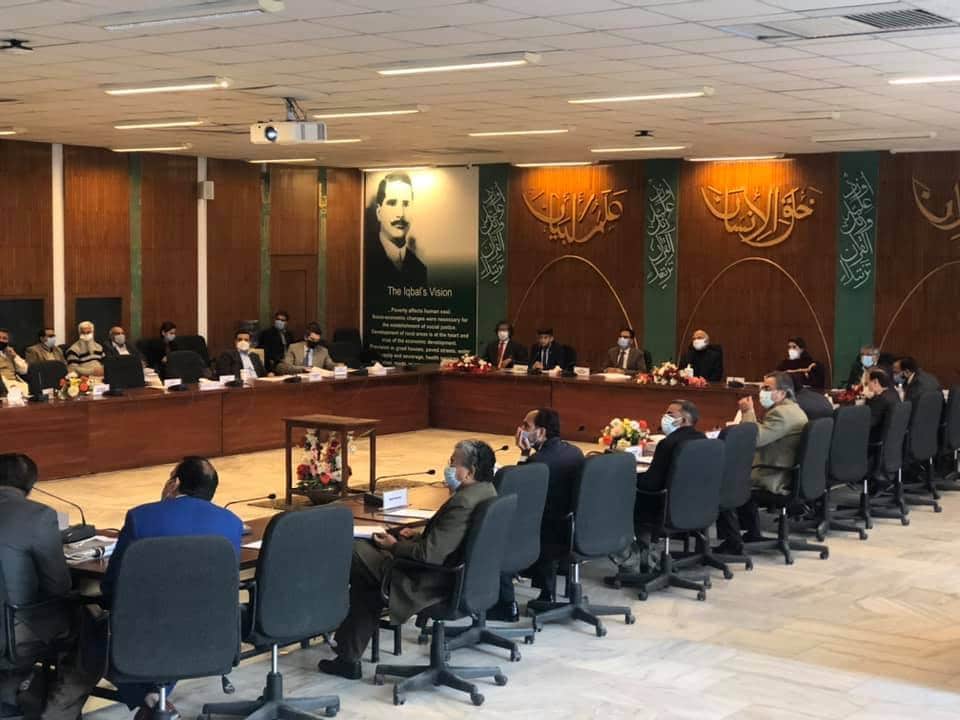 CDWP also agreed on the “COVID-19 Responsive and Other Natural Calamities Control Program” worth Rs. 70 billion.

Additional Secretary Planning, Abdul Aziz Uqaili, along with senior officials from Planning Commission and Federal Ministries and Divisions, attended the meeting while representatives from provincial governments participated through video link.

Projects related to physical planning and housing, health, education, and information technology, were presented in the meeting.

CDWP agreed with the recommendations of the committee for the project, titled “COVID-19 Responsive and Other Natural Calamities Control Programme,” worth Rs. 70 billion with proposed changes. The PC-1 of this project proposed to facilitate the national program to improve facilities at 50-50 basis financial support in district and tehsil headquarter level hospitals across all provinces, separate public health surveillance for both humans and animals, a national program for water sanitation and hygiene, and improvement in local infrastructure.

AJK and GB would also be covered under the project financing.

A project related to information technology was also presented in the meeting. The project, namely “Phase-II of Pak-China OFC project for Establishment of Cross Border OFC Network (Khunjrab-Gwadar-Karachi) along CPEC Routes” worth Rs. 37,915.899 million, was referred to the ECNEC for further approval.

The second project, titled “Establishment of National Aerospace Science & Technology Park” worth Rs. 3481.584 million, was approved in the meeting.

Two position papers related to industries and commerce were also approved in the meeting. The papers, titled “Establishment of Hub Special Economic Zone” worth Rs. 2287.844 million and “Remodeling and Expansion of Karachi Expo Center” worth Rs. 2677.42 million, were also presented.

A position paper related to water resources was presented as well. The paper, namely “Nai Gaj Dam” worth Rs. 46555.29 million, was approved by the CDWP. The project envisages the construction of a 194 ft high central core earth-fill dam with a gross storage capacity of 0.30 million acre-feet and live storage of 0.16 MAF to irrigate 28,800 acres of land.