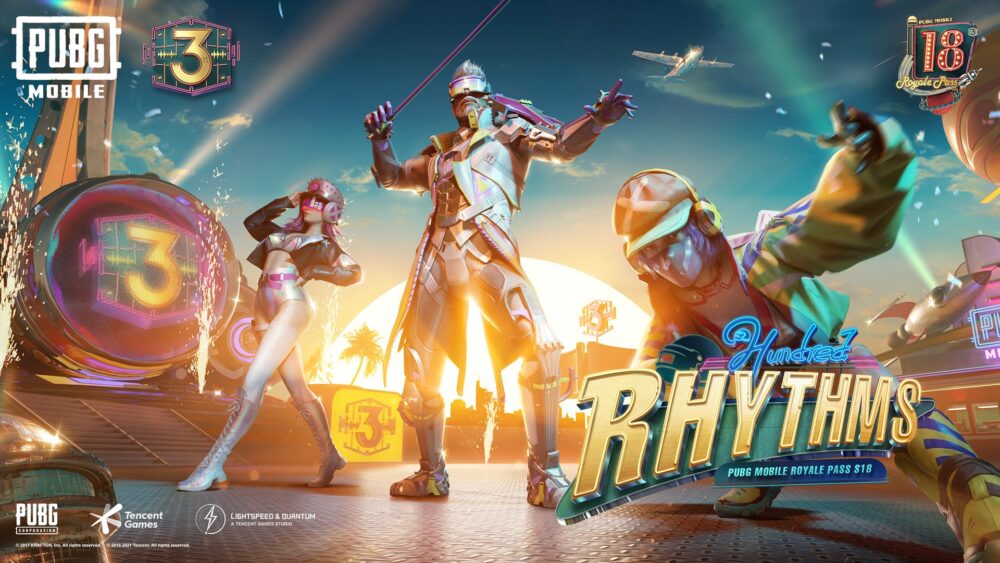 PUBG Mobile update 1.3 has just gone live alongside Season 18 which brings a music themed twist to the game called Hundred Rhythms. As always, the new season brings tons of new cosmetics to look forward to that can be unlocked through the new Royale Pass.

The biggest highlights of this update include new weapons, a new vehicle, the new Hundred Rhythms game mode, and a new Cheer Park Theme called the Anniversary Celebration Music Festival.

Check out the update in the video down below.

With the update, a new DJ stage will appear on the Erangel and Cheer Park map where you can listen to all kinds of music and play different rhythm games. There will also be a mysterious guest appearance at the stage and you can also get your friends to party with you at the stage.

Additionally, the update will also introduce new changes to the classic battle royale gameplay. Other than new cosmetics, you will also get new music-based abilities that will allow you to detect other players, shield yourself, or give yourself a damage boost.

You can unlock the all new Mosin-Nagant Sniper Rifle, the Motor Glider, and much more with the new Royale Pass.

The new Hundred Rhythms can be downloaded from the Google Play Store as well as the Apple App Store. The size of the update is around 1GB.