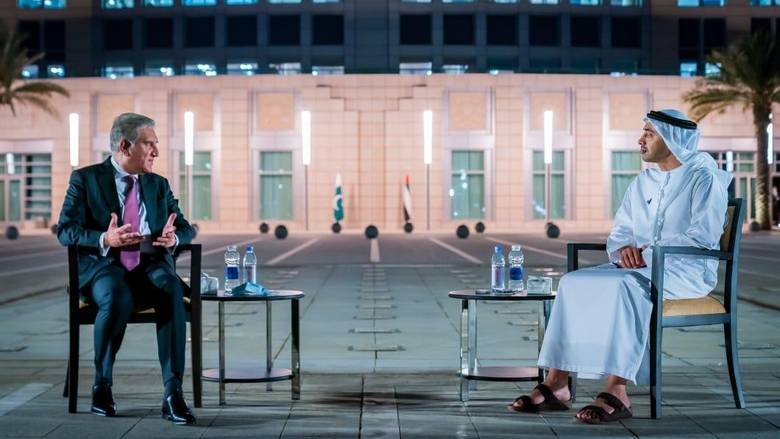 The UAE has extended the repayment of a $2 billion loan given to Pakistan by the Abu Dhabi Fund for Development (ADFD) in January 2019.

Earlier, Pakistan was scheduled to repay the $2 billion loan to ADFD by April 19, 2021. Pakistan had been seeking the rollover facility for this loan since last year, after the pandemic hit the country. The extension in repayment has come as assistance to Pakistan to boost liquidity and help overcome the financial crisis brought on by Covid-19 pandemic.

UAE had provided Pakistan with $3 billion in January 2019 to help bridge the current account deficit and to improve foreign exchange reserves needed at the time to support Pakistan’s currency. After Saudi Arabia refused to extend the deadline of the $2 billion provided to Pakistan, there were fears among the Pakistani officers that UAE might refuse the extension as well. However, today the foreign office has announced that Pakistan has received extension for the repayment of UAE loan.

FM @SMQureshiPTI lauded 🇦🇪 consistent support to 🇵🇰 and welcomed the announcement of rolling back payment of USD 2 billion, which symbolizes the depth and strength of bilateral ties. #PakFMinUAE (3/4) pic.twitter.com/AkCb7oYfYn

It is the Pakistani foreign minister’s second visit to the UAE in the last four months, reflecting growing bilateral relations and high-level contacts between the two countries, the newspaper report added.

Qureshi appreciated the UAE’s progress and development over the last five decades attributing this achievement to the sagacious and visionary leadership of the nation.

Foreign Minister Abdullah thanked him and acknowledged the valuable role played by Pakistani Diaspora in the UAE’s growth and prosperity. During the meeting, Sheikh Abdullah affirmed the depth and strength of relations between the UAE and Pakistan, saying they are “longstanding and based on mutual trust and respect.”

Foreign Minister Qureshi outlined his plans for showcasing the history as well as the future potential of Pakistan-UAE cooperation at EXPO 2020 Dubai in October 2021. The Foreign Ministers also discussed ways to provide fresh impetus to existing Pakistan – UAE ties. In this regard, they agreed to facilitate Ministerial level visits from both sides.

The Pakistani foreign minister also invited his UAE counterpart to pay an early visit to Pakistan.

In addition to his official engagements, the Foreign Minister met Pakistan Business Council, members of Pakistani community, including investors and businessmen, in Dubai and interacted with local and international media in Abu Dhabi and Dubai. He also visited EXPO 2020 Dubai and the Pakistan Pavilion being set up to showcase the potential of Pakistan in the region’s biggest ever exposition organized by the UAE.