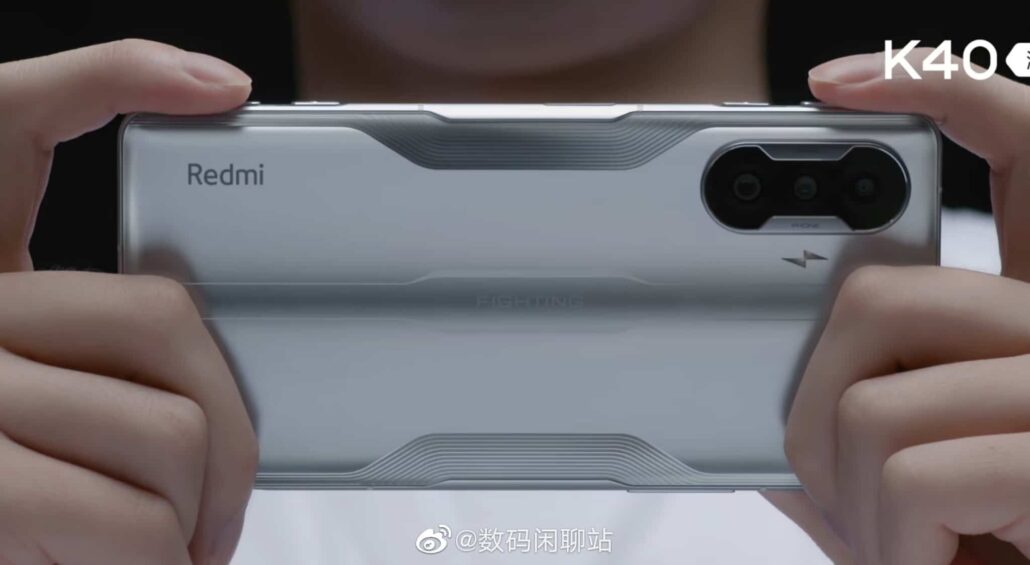 Xiaomi’s Redmi K40 series is about to get a gaming phone soon and the brand has already confirmed a few features. In a teaser poster earlier today, Redmi confirmed that the K40 Gaming Enhanced Edition will feature the flagship-grade Dimensity 1200 SoC.

The news comes from a teaser poster that also confirms the launch date for the gaming phone. The new Redmi K40 will launch next week in China on 27th April. As mentioned earlier, the Dimensity 1200 SoC is a flagship-grade chip that goes toe to toe with top-of-the-line Snapdragon chips. It is a 6nm chip that is able to outclass the Snapdragon 870 SoC, at least on the Antutu benchmark where it scored 724,495 points.

In another teaser, Redmi has also confirmed that the Redmi K40 Gaming Enhanced edition will have shoulder buttons just like other gaming phones. It also shows how the new Redmi K40 will have an updated design making it stand out from the rest of the lineup.

These shoulder keys will pop out once a slider is pulled. The video below shows off the shoulder buttons and the new design.

Xiaomi says that these buttons are going to have a crisp sound when clicked and will close with the help of magnets, providing much better feedback than existing buttons. They will also be extremely durable and can be pressed 1.5 million times before malfunctioning.

So far, we know that the Redmi K40 Gaming edition is rumored to bring a 6.67-inch AMOLED panel with 1080p resolution and a 144Hz refresh rate. The touch sampling rate may go up to 300Hz.

The main camera on the back will be a Sony IMX686 sensor and the phone will boot Android 11 with MIUI 12.5. The brand may also launch a Standard Edition alongside an Enhanced Edition, but all of this is the only speculation for now.

We expect to hear more soon, so stay tuned.