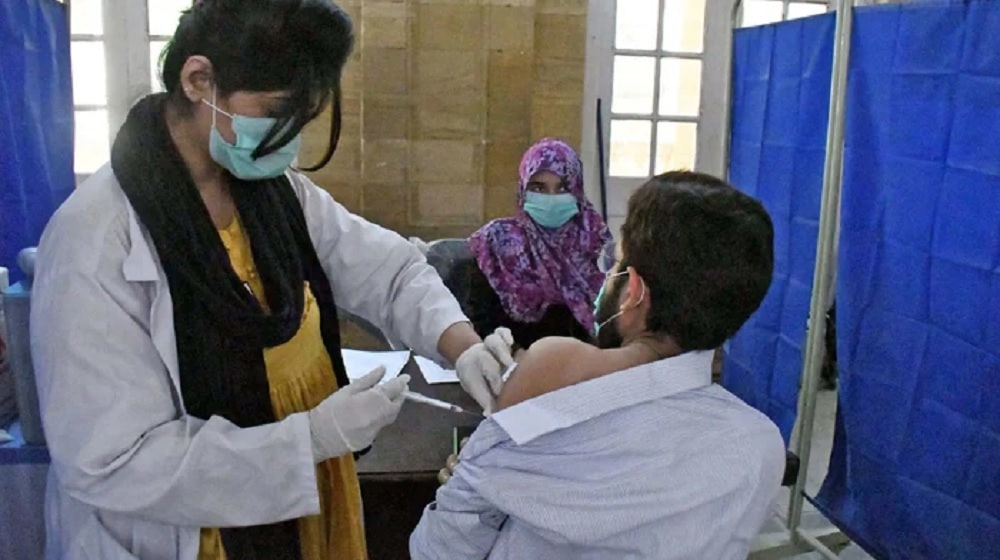 The federal government is going to open the COVID-19 vaccine registration for citizens aged 19 years and above from tomorrow. The decision was made during the National Command and Operation Center (NCOC) meeting today.

Federal Minister for Planning and Development, Asad Umar revealed this in a tweet on Wednesday.

Taking to Twitter,  Asad Umar, who also spearheads the government’s response against the COVID-19, said that the NCOC has decided to open up registration for the entire national population which is approved by health experts for vaccination.

The move comes a day after Pakistan successfully produced China’s single-dose CanSinoBio vaccine at the National Institute of Health (NIH). The country aims to produce three million doses a month at this facility to minimize the country’s dependency on other countries for vaccines.

Further, Pakistan will also receive 22 million doses of the AstraZeneca vaccine in total through United Nations COVAX program. This is besides the millions of doses of Sinopharm vaccine received as a gift from China.

Note that the government launched coronavirus vaccine registration for citizens aged 30-39 from May 16, and for people aged 40-49 from 27 April.