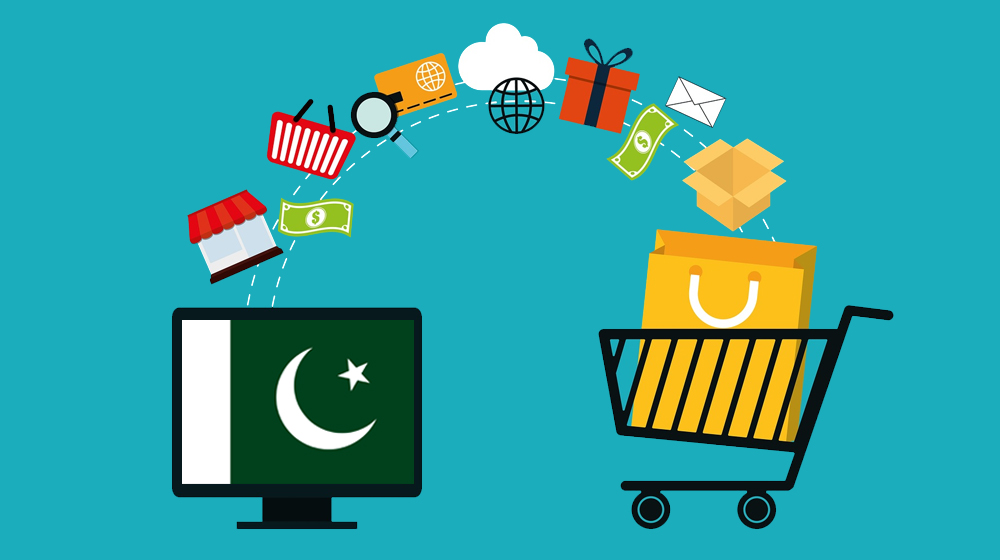 Some of the biggest opportunities in the e-commerce segment arose when the world was suffering from the COVID-19 pandemic. While many companies started downsizing in the aftermath of a severe cashflow issue, people around the world explored the options of eCommerce where online marketplaces provided a silver lining.

While the government in Pakistan become a strategic enabler for the acceleration of digitization presenting the concept of “Digital Pakistan”, the current finance bill negates that very vision.

With the introduction of the Federal Finance Bill (2021), it has been proposed to change the Sales Tax Act where e-commerce companies are now subject to collect 17% sales tax from marketplace sellers whilst changing their status from “service agents to tier-1 retailers”, which evidently conflicts with the amendments made in the Income Tax laws earlier in 2017 and the definition decided by the ministry of commerce.

Under the Income Tax Law amendments, the law itself recognized the relationship of the e-commerce business with that of its sellers as an ‘Agent-Principal’ relationship whereby the income tax on the income of e-commerce, being an online marketplace, was charged on its commission income earned from registered sellers.

Marketplace brands including foodpanda, Daraz, Careem, Homeshopping, and many others, who have enabled local sellers and entrepreneurs recently, are now going to bear the brunt of the aggressive and unthoughtful bill proposed by the government.

This will further discourage SMEs to sell online but also adversely impact the government’s agenda of Digital Pakistan. Online sellers will have two escape points: either to stop their online business and keep working in the undocumented offline economy; or increase the price of the product to balance the tax hit which will create inflation as well as price disparity.

Ehsan Saya, Managing Director, Daraz, said, “We strongly and respectfully urge the government to reconsider the proposed change in the definition of Online Marketplaces. We believe the proposal, if passed, would drastically hamper the entire e-commerce industry and furthermore disincentivize sellers from selling online and remaining documented, which will result in lower tax revenue for the government.”

“The Online Marketplace model, where technology and a range of marketplace services are provided to the sellers, is known and adopted globally to empower SMEs, drive the digital transformation of businesses, and develop the digital ecosystem in a scalable and sustainable manner. With the proposed budget changes, this business model would not be able to operate at scale in Pakistan.”

“We believe it would be more beneficial to focus on creating incentives for unregistered retail participants to digitalize and register themselves – this would serve the digitalization vision more fruitfully by activating SMEs and maximize long-term tax revenues. Daraz will support the government in order to achieve this.”

“It is critical that this proposed change is not implemented to ensure that Pakistan remains an attractive country for continued investment in digitalization, for which the Online Marketplace model is essential.”

The change will incentivize the SMEs to move away from online marketplace platforms and as a result, these sellers will take their business to the undocumented economy and offline markets that are easy to bypass taxes. The e-commerce industry in Pakistan has the potential to create millions of jobs, bring sellers into the documented net, and empower hundreds of thousands of people.

This change in definition will prevent this growth and instead stop Pakistan from becoming more digitized. Looking at international industry practices of developing economies similar to ours, no government seems to have imposed such a law that discourages e-commerce at a time where it can be a catalyst of growth to a highly affected post-pandemic economy.

Food delivery platform, foodpanda, has also been one of the staunch supporters of SMEs in Pakistan. Commenting on the tax provision, CEO foodpanda, Nauman Sikandar, stated, “At foodpanda, our aim is to uplift Pakistan’s economy while improving the socio-economic status of the masses, providing them a platform that empowers them economically. We aim to continue encouraging micro-entrepreneurship.”

“E-commerce in Pakistan is a budding industry and has served as a catalyst of growth for a highly affected post-pandemic economy. At a time when businesses are going through a financial crunch, the proposed financial bill may impact their earnings further, discouraging SMEs. Levying sales tax may lead to price disparities and may discourage sellers from signing up on third-party platforms.”

The flat rate of 17% on all sales made through online marketplace platforms creates a difference vs existing tiered sales tax rates for different categories in the normal retail universe. As a result, even the registered sellers will be paying a higher sales tax which will disincentivize them from selling in a digital and documented channel.

This raises grave concern for the future of foreign investments in Pakistan which are crucial for the growth of the local e-commerce industry. With more international investments needed to tap into the gap, will they continue their expansion in this region given the new change in policy?