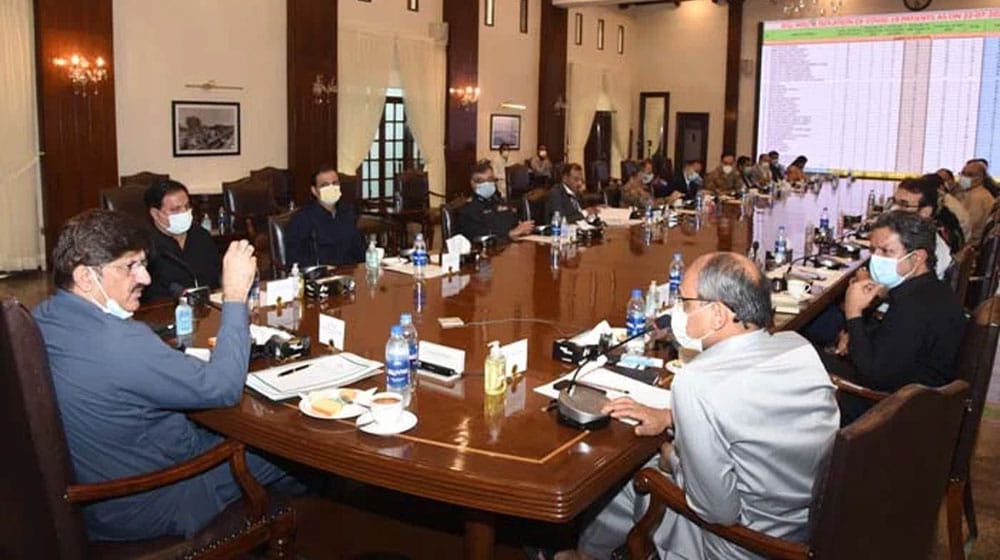 The Sindh government has decided to re-impose strict COVID-19 constraints from Monday, 26 July in the aftermath of a sharp spike in coronavirus cases in the province. With 1,022 new cases, the positivity ratio in Sindh was recorded above 10 percent on Friday.

The decision was made in a meeting of the Provincial Coronavirus Task Force presided over by Sindh Chief Minister, Syed Murad Ali Shah.

The provincial health secretary informed the meeting that the prevalence rate in the province has climbed to 10.3%, while the situation in Karachi is extremely bad where the ratio is at 21.58%.

Effectiveness of Pfizer and AstraZeneca Vaccines Against the Delta Variant Revealed

With indoor dining already closed due to a sudden spike in cases, outdoor dining will also be banned from next week, while only take-aways will be allowed.

The marriage halls, shrines, and recreational places have been completely shut down in the province as a result of an outbreak of the Indian variant of COVID-19, also called the delta variant.

The authorities said that educational institutions across Sindh will remain closed from Monday onwards, however, exams will continue as scheduled under strict health protocols.

During the meeting, Health Secretary, Kazim Jatoi, informed participants that 85% of the patients brought to Sindh’s hospitals were not vaccinated.

The meeting decided to take stricter actions against those who are refusing to get inoculated for the deadly virus.

The provincial government will write to the National Command and Operation Centre (NCOC) and the Pakistan Telecommunication Authority (PTA) to get the mobile SIMs of unvaccinated people blocked in an aggressive push for vaccination.

Adviser to the Chief Minister, Murtaza Wahab, tweeted that the PTA would be asked to alert users via messages that their SIM cars will be blocked if they do not get vaccinated within a week.

Previously, the Chief Minister had directed to withhold the salaries of unvaccinated government employees from August 2021.