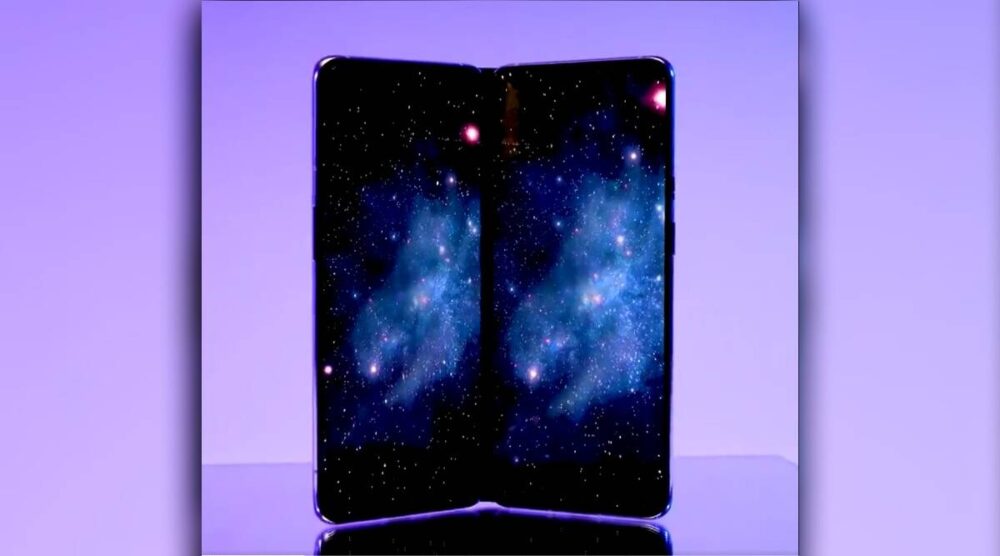 At first glance, the device appears to be a lot like the Galaxy Fold, but upon closer inspection, we can tell that there are actually two screens joined together by a hinge, similar to the Surface Duo. We have not heard of any rumors regarding a foldable OnePlus device, which hints that it might be a concept phone.

The two displays have minimal bezels and the left side has a volume rocker while the right side holds a power button and the alert slider. We are curious about OnePlus’s upcoming device, but it is unlikely to become available for testing soon.

OnePlus has showcased several concept phones to show off new technology in the past, but that technology is usually never implemented on actual phones. Hence, OnePlus is likely not releasing a foldable phone anytime soon.

However, it is a clear indication that OnePlus has a foldable phone in the works which should break cover sometime in the future.