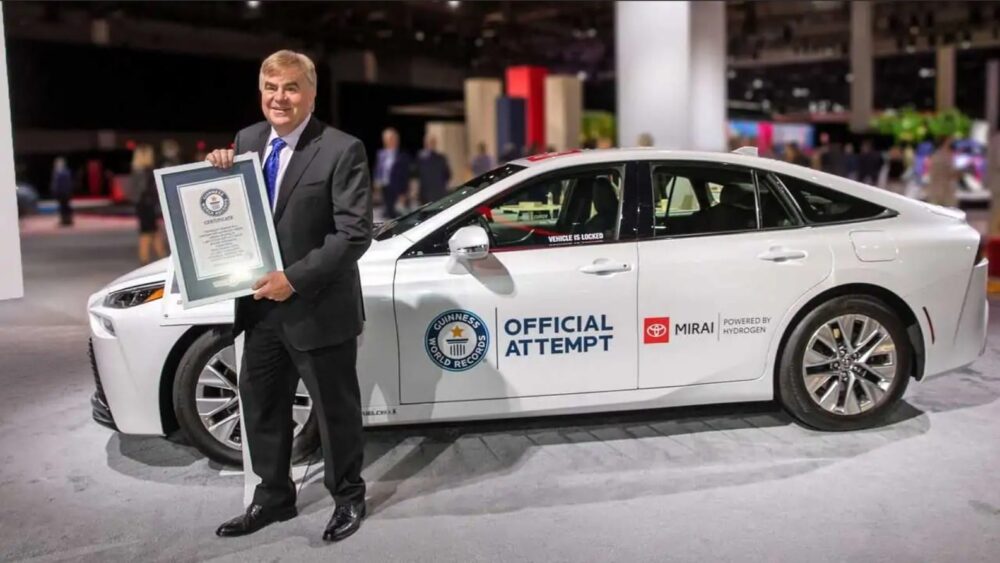 Often news that a car manufacturer has set a world record brings to mind the top speed record or the fastest lap time, but Toyota has set the world record for the longest distance driven by a hydrogen fuel cell electric vehicle without being refueled.

The two-day odyssey resulting in the redesigned 2021 Toyota Mirai setting the record for covering 1,359.9 km (845 miles) was undertaken by Wayner Gerdes, a professional hypermiler, and his co-pilot Bob Winger.

Toyota stated that the Mirai had consumed 5.56 kg of hydrogen for the record-setting drive, which is 152 Miles Per Gallon equivalent (MPGe). This is double the 76 MPGe for the Mirai XLE version as claimed by the Environmental Protection Agency.