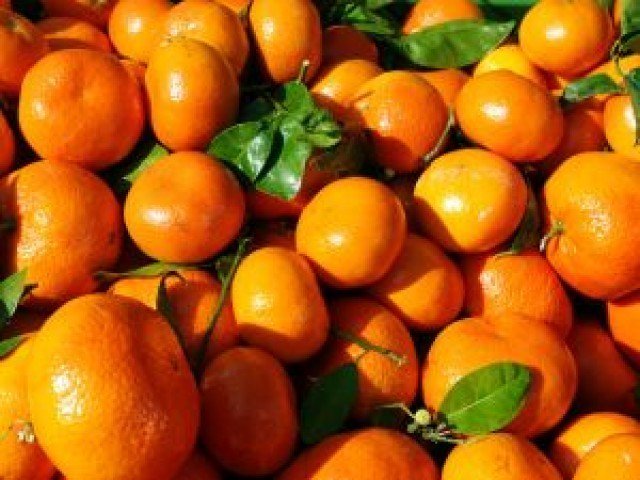 The export of kinnow during the current season is likely to decrease by 35% compared to the previous year, due to a significant increase in the sea freight cost and ill-effects of climatic changes.

According to Waheed Ahmed, the Patron-in-Chief, All Pakistan Fruit and Vegetable Exporters, Importers and Merchants Association (PFVA), the exporters of kinnow are in a state of uncertainty during the current season.

Large-scale preparation for export of kinnow has not yet started, with the season due to commence from 1st December. Only a few kinnow factories in Sargodha are making preparations for the export.

Due to high sea freight costs, the export of kinnow to the international markets of Russia, Canada, Ukraine, Indonesia, and the Philippines is likely to suffer. Pakistan exports 50% of the total export volume of kinnow to these countries, he said.

ALSO READ
Oil Prices Could Go as High as $150 a Barrel: JP Morgan

Waheed said that the cost of sea freight to Russia, an important international market, during the previous season was $2500-3000 per container has risen to $7000 per container. Similarly, the sea freight cost to the Philippines, Indonesia which was $2000 has now increased to $4000-5000.

Since shipping companies do not have any definite schedule. The perishable nature of fruits and short shelf-life means there is no guarantee that the consignments would reach their destinations in time.

Waheed further explained that Pakistani kinnow used to be sold in the Russian market as it was cheap compared to kinnow from Morocco and Turkey. However, due to the sharp increase in the cost of sea freight, the price of Pakistani kinnow would be almost equivalent to the cost of kinnow from Turkey and Morocco making it very difficult to remain competitive in this market.

He said that under these circumstances, the land routes can be a better alternative to export Pakistani kinnow via Iran and Central Asian states. However, despite the Convention on the International Transport of Goods (TIR Convention), under which Pakistan is availing the privilege to transport trade goods via land routes, the cost of transportation via land routes is almost the same as the cost of sea freight.

He further highlighted that Iran is a promising international market for Pakistani kinnow, however, this important market had been closed for the last 10 years due to the non-issuance of import permits by the Iranian officials. Last year Iran issued import permits for a limited period but this year no permits have been issued so far.

There has also been a significant increase in the cost of packaging and transportation. The cost of packing material for kinnow has also increased by 40%. Under these circumstances, the exporters of Rs. 125 billion kinnow industry are in the state of uncertainty

The old orchards of kinnow are also unable to resist the ill effects of climate change. Pakistan produces around 2,400,000 tons of kinnow, however, during the current season the production is likely to be restricted to 1,700,000 tons, 30% less than the previous year, he disclosed.

Waheed shared that the kinnow industry is a source of direct employment to 400,000 people. With a likely reduction in export of kinnow, the exporters, growers, and people working in the orchards and transport companies would be equally affected.

He said that to get the kinnow industry out of the current crisis, the government should provide financial assistance on the export of kinnow to minimize the losses. He also stressed the need to negotiate with Iran to get the Iranian market opened for the export of 80,000 tons of Pakistani kinnow which can assist in neutralizing the lower exports to other international markets.

He also requested the government of Punjab to focus on developing new varieties of citrus. He added that to reduce the cost of production for the growers, there is a need to provide financial assistance to the farmer on fertilizers, pesticides and other agriculture inputs.