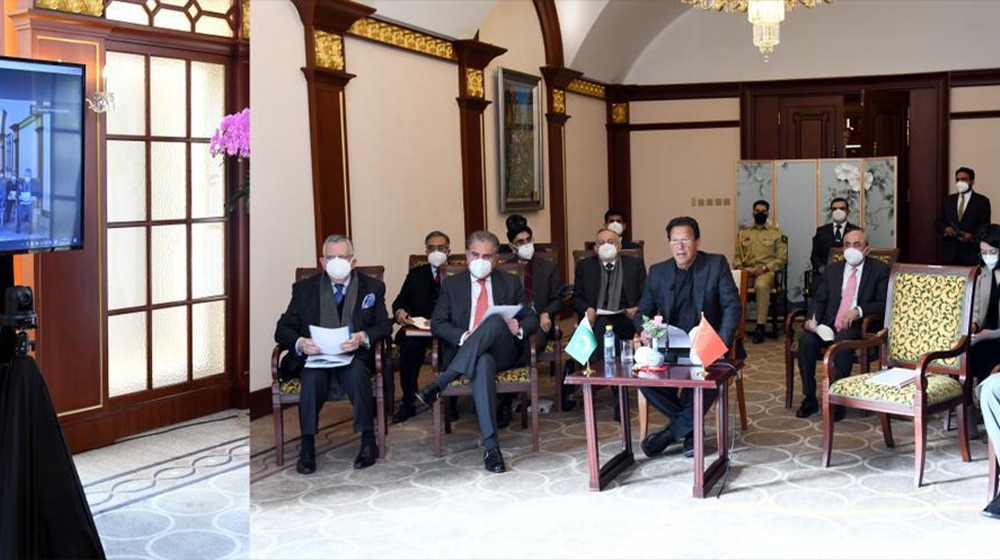 Pakistan and China have signed the Framework Agreement on Industrial Cooperation under the bilateral substructure of the China Pakistan Economic Corridor (CPEC).

The agreement was signed today in a strategic meeting of the State Minister and Chairman of the Board of Investment (BOI), Muhammad Azfar Ahsan, and the Chairman of the National Development & Reform Commission (NDRC) of the People’s Republic of China, He Lifeng.

Both sides welcomed the signing of the Framework Agreement on Industrial Cooperation between the BOI and the NDRC.

PM Khan commended the efforts of the NDRC and the concerned Pakistani and Chinese authorities who had facilitated the formalities for the bilateral agreement.

He reiterated that as the flagship project of the Belt and Road Initiative (BRI), the CPEC has strategic significance for both Pakistan and China and has been delivering tangible benefits to both countries. He also acknowledged the CPEC’s early harvest projects that revolutionized Pakistan’s economic landscape and created a solid basis for long-term progress.

Praising both countries for their efforts for CPEC developments, PM Khan underscored that both sides will continue to expedite efforts to facilitate Gwadar to achieve its potential as a hub of regional commerce and industry.

Subsequently, the Chairman of the NDRC mentioned that China attaches immense significance to the CPEC and is committed to its progress and development. He remarked that China has surpassed America as Pakistan’s top investment and trade partner in just seven years, and both countries are eager to retain momentum to bolster their overall economic and commercial ties.

Lifeng thanked PM Khan for his support and extended China’s readiness to assist Pakistan in agriculture, technology, and industrial development. He reaffirmed that the NDRC and other Chinese institutions will keep working to encourage Chinese state-owned and private companies to engage in CPEC projects.

Both sides also signed the Minutes of the sixth Joint Working Group (JWG) meeting on Gwadar that was held on 30 December 2021.

The new framework agreement for industrial cooperation between Pakistan and China is envisaged as an integral avenue that will facilitate the relocation of the Republic’s industrial units to the Special Economic Zones (SEZs) besides attracting more investments for CPEC Phase-II from a diverse spectrum of local and international entities.