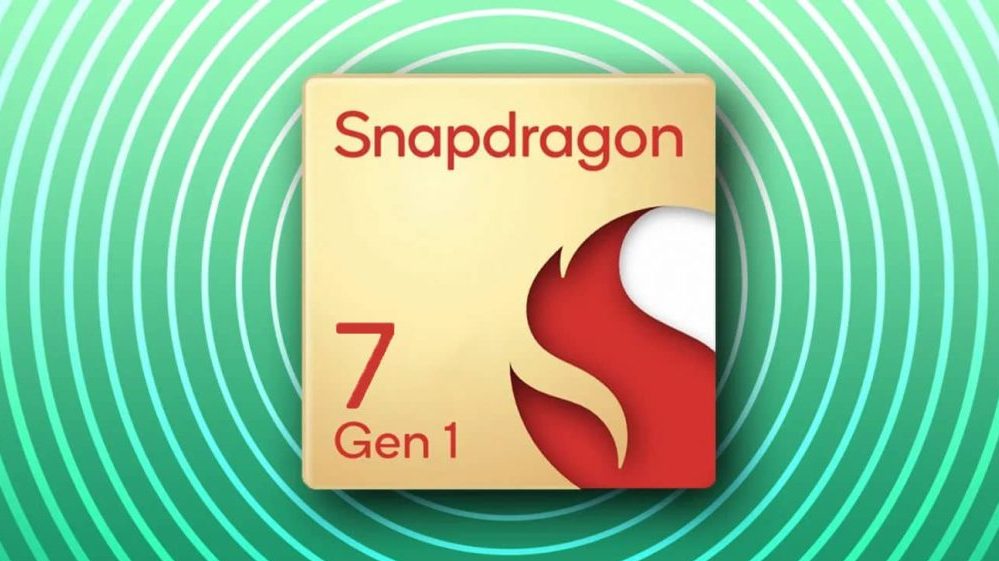 Qualcomm Snapdragon 8+ Gen 1 has become the new default flagship chip for Android devices, but the company has also revealed something for midrange phones. The new Snapdragon 7 Gen 1 is based on the same 4nm platform and introduces several firsts for the SD 7 series.

The CPU is based on a Kyro core cluster running at 2.4GHz and the GPU is Adreno 662. Qualcomm says that the new GPU is 20% faster than its predecessor, the Snapdragon 778G, and AI tasks are 30% better than before.

Qualcomm’s Adreno Frame Motion Engine claims to double the frame rates in games at the same power consumption as the Snapdragon 778G. The new chip has support for up to 16GB of LPDDR5 RAM. 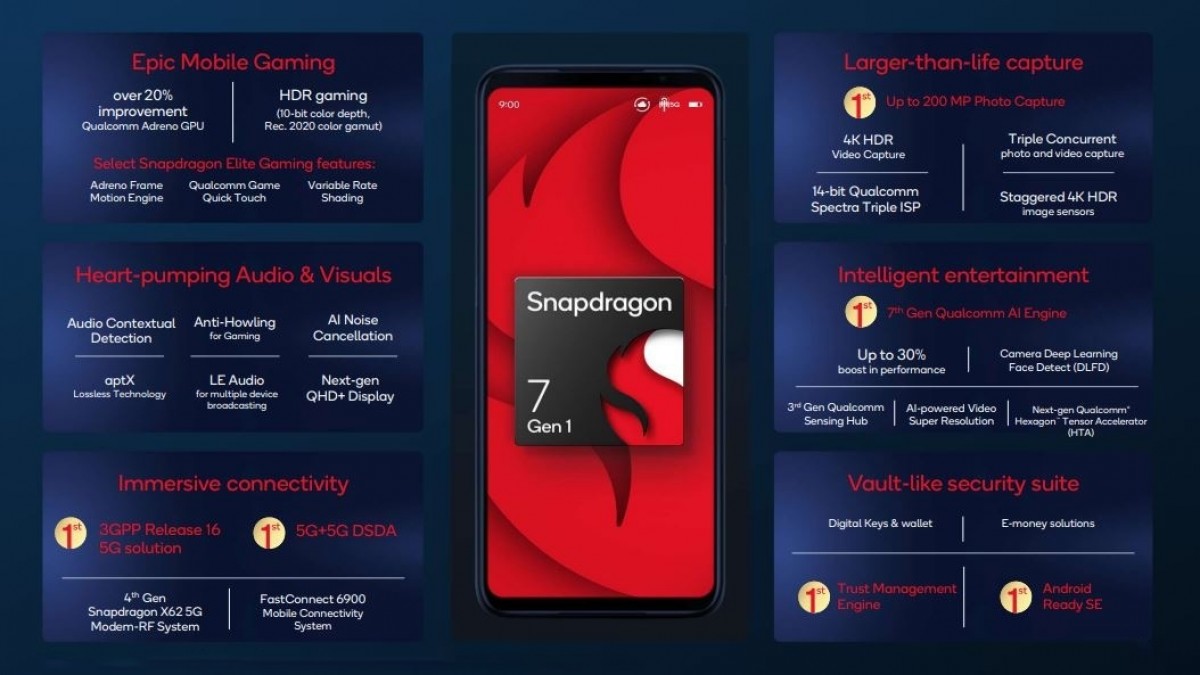 The SD7G1 also gets the X62 5G modem that boasts up to 4.4 Gbps download speeds with dual standby 5G connectivity on standalone and non-standalone modes. It has support for Wi-Fi 6E and Bluetooth 5.3 with Snapdragon Sound and aptX.

The Spectra triple ISP adds support for up to 200MP images, which is a first for the Snapdragon 7 family. There is also 4K HDR video recording as well as 10-bit HEIC photo capture with HEVC support. The Trusted Management Engine for security is another first.

The first Snapdragon 7 Gen 1 devices are coming in just a few weeks from a broad range of OEMs. The Oppo Reno 8 Pro will be the first phone to feature this SoC once it’s announced on May 23.