The writer holds Masters Degrees in English. Warfare Studies, Special Education, and International Relations. He did Ph.D. in International Relations and has interest in Blue Diplomacy. He is a member of (hartered Institute of Logistics and Transportation (UK). He has been awarded with "UN Certificate of Appreciation- and -Medal of Excellence" by the Government of Pakistan. 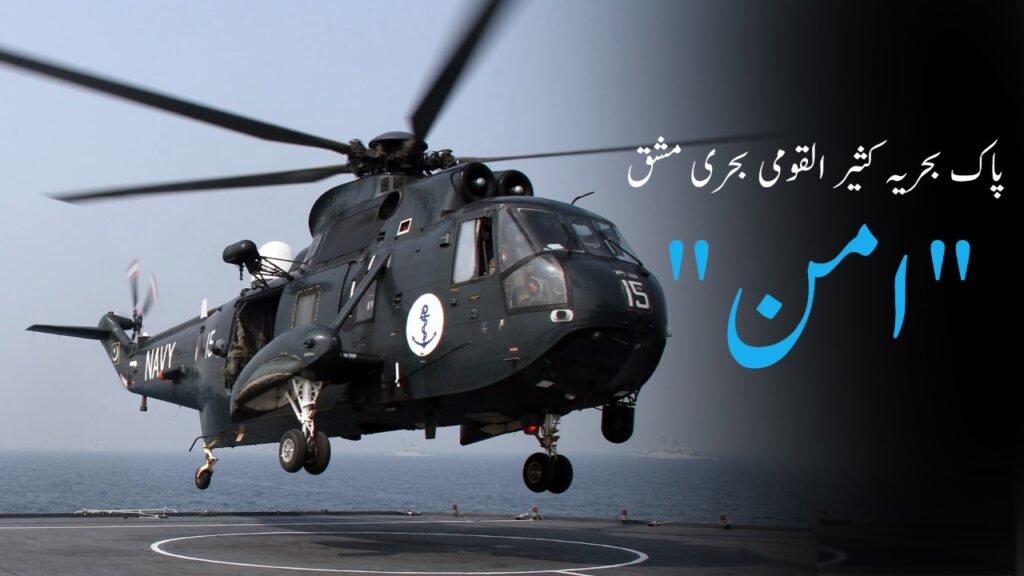 Predominantly, the prominent civilizations like Circa, Indus Valley and Egypt have emerged and developed along the seas and rivers. Presently 2.4 billion people are living within 60 miles of the coast as ports and sea have always provided prudent prospects for explorers and admirals like lbn Battuta, Zheng He and Khair-Udin Barbarossa who dominated the Mediterranean Sea and Indian Ocean in 15th and 16th century respectively, Consequently, the domination led to enhancement of sea trade as seas were considered as a common human heritage however, during and after Second World War countries like U.S, UK, France, Spain and Italy started to build stronger navies with a view to not only consolidate on colonization but also to dominate the sea trade routes across the globe and established overseas naval bases since 1970s to control the vital choke points along sea lines of communication (SLOCs). Such extra regional emergence led to expansion of navies such as China, Japan, Australia, South Korea, India, Iran and Pakistan to strengthen the domain of Maritime Security not only by securing their lands and SLOCs but also to explore marine sources. In case of Pakistan due to its neighbouring environments Maritime Security is more pivotal for protection of its SLOCs and economy. Following the trends of enhancing global inter­dependence world navies have adopted the approach to conduct joint naval drills with a view to share new professional techniques of Maritime domain and to enhance diplomatic understanding.

Pakistan being a conscientious nation is committed to its resolve of peace co­existence and is determined for superior regional harmony and cooperation thus Pakistan is contributing as part of UN Peace Enforcing and Peace Keeping Missions. Proudly: Pakistan Navy has been entrusted with command of Maritime Task Force 150 and 151 and has participated in various bilateral and multilateral exercises. Pakistan took initiative by conducting Multilateral Biennial Exercise AMAN 2007 with a view to reveal its obligations to peace, contribute towards regional Maritime Security and enhance interoperability between regional and extra regional navies, particularly against asymmetric threats. Ever increasing numbers of participants have made AMAN International Naval Event with its seventh episode planned in February 2021. Considering the geo-political manoeuvre place Of Pakistan, significance of Gwadar Port. CPEC and the professional credentials of Pakistan Navy even Blue Water navies are keen for regular participation. During first AMAN Exercise in 2007: 28 countries and 29 observers participated and in 2019: 46 countries and 115 observers along with 2 Japanese P3C aircrafts, 15 Special Operation Forces, Explosive Ordnance Disposal and Maritime Teams participated. It is accepted that this time more than 40 countries as well as international observers and warships will participate. Exercise is designed to provide firstly to provision of common forum for information sharing, mutual understanding and identifying areas of common interests. Secondly, developing and practicing in response tactics, techniques and procedures against asymmetric and traditional threats during sea phase of the exercise and finally interaction with other nationals to share multicultural opportunities including Cultural Display and Food Gala. Exercise focuses on objectives to enhance interoperability with regional and extra regional navies thereby acting as a bridge between the regions and display unrted resolve against terrorism and crimes in the Maritime Domain.

The AMAN, unlike the contemporary Malabar Exercise, is based on principles of cooperation and support instead of domination hence it includes more cooperative activities like Replenishment At Sea, Counter Piracy Demonstration, Firing of Rocket Depth Charges, Surface Firing on Killer Tomato, Fly Pasts, Counter Terrorism Demonstrations, International Maritime Conference, Special Operation Forces activities. Cultural shows and Food Galas. Considering the prudency of AMAN, the Russian Navy’s Black Sea Fleet despite the presence of NATO Navies has also planned to participate in multinational AMAN-2021 naval drills as it considers Pakistan as a Global Pivot State and these biennial drills aim to improve joint coordination in maritime rescue missions and combating piracy, among other issues of common concern and it will be the first time since the “Bold Monarch-2011” exercises off the Spanish coast that Russian forces will join NATO Navies anywhere in the world.

AMAN; as its title indicates is conducted on the cardinals of peace, joint coordination in Maritime rescue missions and combating issues of common concern, however on the contrary, the annual Malabar Exercise is based on aggressive and dominating approach including diverse activities, ranging from fighter combat operations from aircraft carriers, Maritime interdiction operations, anti-submarine warfare, amphibious operations, anti—air warfare operations and counter-piracy operations with a view dominate to dominate the SLOCs. Recently, the Quad Navies consisting India. U.S, Japan and Australia have conducted 24th Malabar Exercise from 3 November to 20 November in the Arabian Sea. It is imperative to understand that although Quad Navies are against the Chinese naval expansion and are flexing mussels against China in South China Sea but still all the Quad Navies less Indi6 are participating with China in AMAN since 2009. The emerging relations between Russia and Pakistan and Russian entry in AMAN despite NATO presence will add to regional diplo-economic balance. It is appreciated that the ever increasing trust and p’articipation of regional and extra regional countries is surely enhancing the geo-political significance of Pakistan even beyond region.