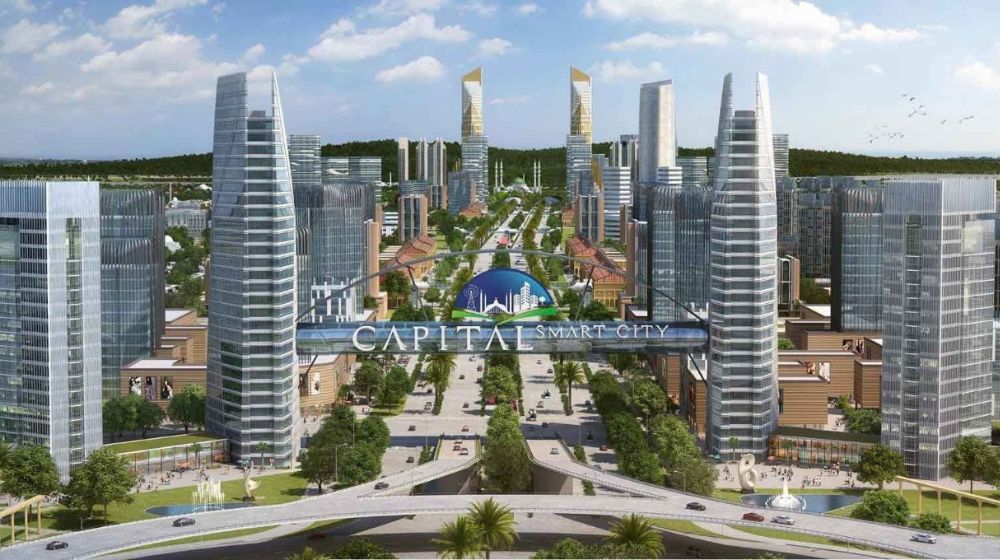 The capital smart city is located at Lahore – Islamabad Motorway at a distance of 9.2 km from the M-2 toll plaza near the thallian interchange, falling on the eastern route of CPEC.

The society initially covered a total land of 55,000 kanals and in 2019 authorities submitted a request for an extension of the land. In June 2020, the society has a spread approx. 80,000 Kanal which makes it the biggest housing society in areas nearby.

CSC has 2 main access points, 1 is the Islamabad motorway and the other is the Rawalpindi ring road. The site is positioned at a 10-minute drive from Islamabad International Airport, approx. 13 minutes drive from Fatima Jinnah Women University near Al-Haram City, 20 min drive from Airport Avenue 15 min drive from Thalian Road.

The capital smart city comprises Villas and residential and commercial plots. Residential plots with areas 5marla to 2kanal and farmhouses ranging from 5kanal to 20kanal of land.

CSC has a NOC from Rawalpindi Development Authority and has approved over an area measuring 7505Kanal & Revised Planning Permission Issued over 17602 Kanal.

National Highway authority and NESPAK has also approved the designated interchange for the society on M2- Motorway and FWO has been given the tender.

The approval of the interchange has marked a huge impact on the prices and it was obvious that this society will get a dedicated interchange as the land is completely owned by the developers.

Moreover, in the masterplan districts overseas 1, overseas 2, district 1 and district 2 are renamed as Overseas East, overseas central, executive 1 and executive 2.

The project is not target the elites but both elites and people who plan to own their own house at affordable prices.

Capital Smart City is stretched over 55,000 kanal from which approved area is 7505 kanal & Revised Planning Permission has been Issued for over 17602 kanal.

More than 30% of the area is dedicated to natural landscape and construction will be done on the remaining area.

Over the years Habib Rafiq group have been developing some well-known projects like Bahria Town and DHA, and were responsible for all the infrastructure which include, roads, mechanical works, electricity, gas pipelines etc.

FDH is one of the leading real estate developers and asset management company operating in Pakistan to develop new state of the art smart cities with a focus not only to give luxury living but also equal economic contributions.

Other Projects from These Developers

Capital Smart City has hired some reputable designing consultants for an exceptional progress. All these international firms have a brilliant track record.

The firm has a human resource of approximately 14k employees working in more than 130 offices world-wide. Surbana Jurong has been hired by the Capital Smart City as a master planner.

Movenpick is an advance luxury hospitality company, well know for its luxurious chain of hotels across the globe. This company was established in 1940 and has Swiss legacy and hospitality heritage with world-class services.

In this project the company is going to develop 250 hotel rooms, 150 serviced apartments and 4 dining halls. Furthermore, the hotel will also feature community hall facilities, a fitness centre and two swimming pools.

Harradine Golf was established in 1929 and is one of the most reputed and well-known brand in planning, designing and developing world class golf courses globally.

It has a history in working on such projects in several countries including, Malaysia, Bangkok, India, Singapore, Dubai, Hong Kong, Oman, Saudi Arabia, Qatar, Bahrain, Kuwait, Salalah. It has also hosted shows in Europe and United States of America.

Capital Smart City with collaboration with Freij Entertainment is planning to bring an International Standard Amusement Park within its territory.

The company will also work in other major cities in Pakistan including Lahore, Karachi and Multan.

National Defence University formerly introduced as Army War Course is a military educational institute with an additional status of public University. It is a prestigious institute till date in Pakistan.

On the Instruction of Zulfiqar Ali Bhutto, it is affiliated to Federal University of Islamabad (Present Quaid E Azam University) in order to award MSc in War Studies degree for the course attendees.

University Chancellor is President of Pakistan and the management is supervised by three Star General from Pakistan Army.

Capital Smart City has signed MOU with Defence University and has designated 10,000 Kanal of land to the University. NDU has already started construction on site of CSC.

The society initially covered a total land of 55,000 kanals and in 2019 authorities submitted a request for an extension of the land. In June 2020, the society has a spread approx. 80,000 Kanal which makes it the biggest housing society in areas nearby.

The capital smart city is located at Lahore – Islamabad Motorway at a distance of 9.2 km from the M-2 toll plaza near the Thallian interchange, falling on the eastern route of CPEC.
Capital Smart City Head office is Located on Mehar Ali Road, Silver Square Plaza, F-11, Islamabad.

Capital Smart City has Chakri Road in the East, Chahan Dam in the Northwest, Jawa Dam view point in the South and Dhok Parianwali in the Northeast.

Capital Smart City has been considered to be one of the most secured investment and one reason for it is that it been granted NOC by the Capital Development Authority.

Capital Smart City has hired international companies for developing a master plan. Companies who have been planning the layout of several residential and commercial projects around the globe.

Companies like Surbana Jurong and Harradine Golf are hired for designing and developing infrastructure of CSC. The layout plan has been approved by Rawalpindi Development authourity with all the concerned signatories. 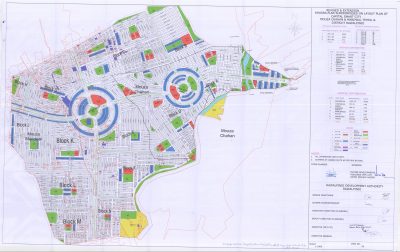