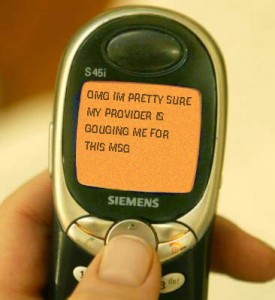 Today, various newspapers have reported that messages sent through Mobile Phones in order to unrest stock markets is now termed as cyber crime, and criminals will be treated as per Cyber Crime Law. Daily Times reports in its July 21, 2008 edition as following

Manipulation of the stock exchange market through short messaging services (SMS) from mobile phones will be treated as a cyber crime, the federal government decided on Sunday.

I wonder how this SMS crime will be tracked in our country, with no system available to cap and/or monitor the messages. And specifically in case of stock market disruptions, the message is forwarded and then re-forwarded to multiple mobile users, making it almost impossible to reach the actual originator of that text message.

The Federal Investigation Agency (FIA) will deal with creating disinformation about the stock markets through SMS. The government has also directed the agency to take immediate notice of such cases in future.

While on other hands, Mir Zubair Mehmood, Director FIA, while speaking with Geo TV (in its programme Tezi Mani, aired at 5:20 PM (Pakistan time), July 21, 2008), said that no one has approached him in this regard, neither he has received any notification regarding this law. While replying to a question, he said that yes we are confident that we will bring the culprit into court once we recieve any orders from government. (Allah knows how will they do that)

I don’t know who is making these policies and if telecom companies are consulted while making such laws or not. I have said in my previous posts that a law that can’t be implemented is like a book in shelves that you never read.

By the way, this news reminded us that there exists a cyber crime law in our country too!