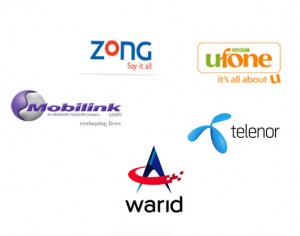 All cellular companies of Pakistan have proposed Ministry of IT and Telecom to eliminate USF’s share in APC (Access Promotion Charge) and let cellular companies enjoy all of APC to increase their revenues and lowering ARPU levels.

Proposal said that mobile companies share the largest amount of incoming international traffic that is being terminated on mobile networks, it is only fair that the portion of APC, which is being currently mopped up as USF contribution, be granted to mobile companies, so that they can further increase their revenues and support expanding network demands through out the country.

All Mobile companies through this proposal believe that they are already contributing 1.5 percent of their revenues to USF is much beyond the amount that could be actually spent by USF company.

Proposal that was sent to Ministry of IT and Telecom and Pakistan Telecommunication Authority was signed by CEOs of all mobile companies and PTCL. Proposal requested the authority to approval for implementation with immediate effect.