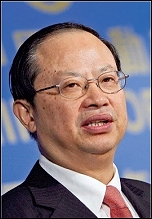 Wang Jianzhou, Chairman and Chief Executive, China Mobile, has said that company is interested in expanding its network in emerging markets, primarily in Asia and Africa, despite huge risks.

Reuters, citing Wang Jianzhou has reported that world’s largest mobile phone operator is going to invest further USD 800 millions in Pakistan only. Chief Executive said that after initial investment of USD 400 million, company has injected another USD 1.2 billion for network expansion, while taking number of cell sites to 4000 from just 800 since acquisition took place.

Despite political and markets risks, company is positive to invest more in Pakistani market. “We have a lot of risks, we have a lot of troubles,” Wang said

Wang was of the view that operating expenses in Pakistan are high due to power shortages in major cities and hiked taxes, while China Mobile’s investment in the country is still to see return. These statements can be taken as sighs of relief for Pakistan’s market, especially, when cellular companies are performing too little.

In such a scenario, decisions like these from other cellular companies can better the dropping level of revenues for telecom sector.