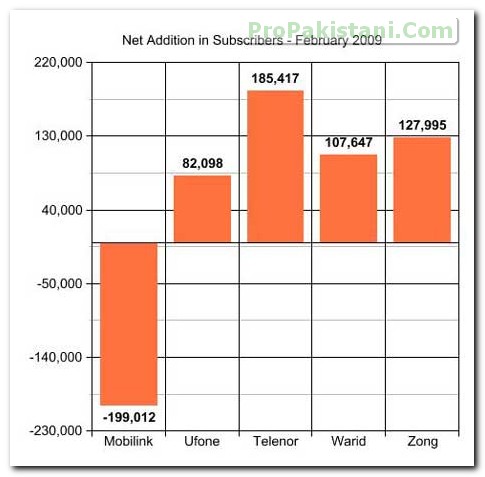 PTA has announced its latest stats for February 2009 which reveals that cellular companies added total of 304,145 net subscribers in the month – which was first one after the new system for SIM verification.

Telenor added most customers in February 2009 while Mobilink repeated its recent month’s convention and lost another 199,012 customers.

Rest of the story is clearly told by following graphs. 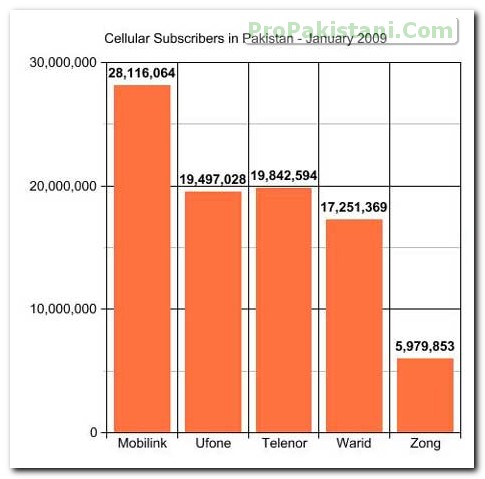