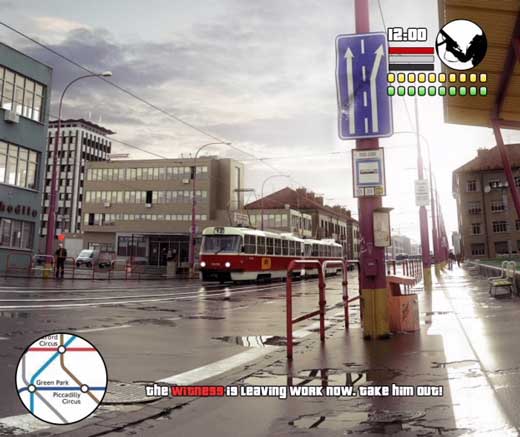 Grand Theft Auto is an Action-Adventure series in Sand-box style. The whole series of the game has been developed by ROCKSTAR NORTH (Company of Scotland). Grand Theft Auto 4 (GTA 4) is the sixth console release and it’s the eleventh episode over all. Game was released on PlayStation 3 and Xbox 360 in North America on 29th April 08 and 30th October 08 in Japan but the game made its original debut on PC (Windows) at 2 December 2008 for America and 3 December 2008 for Europe.

Basically GTA 4 is designed in 2 episodes and the other episode called Lost & Demand was released on XBOX 360 on the 17th February 2009. GTA 4 has become one of the demand games in the world because of its nice situations and unique kind of game play. This Episode of GTA 4 is a fantastic source of entertainment for gamers. Game has really amazing and extra ordinary graphics and that’s the most entertaining part for the players.

Game is set in Liberty City (A fictional city) based (New York). Niko Belic (player )who is 31 years old EX-Solider illegally came to America from some European country (Exact country not told in game) to full fill his “American Dream” at urging of his cousin “Roman”. Roman asks Niko to come to Liberty City and start a new life, where Roman lived with a high standard luxurious life with lots of girls, cars and allots of money. However Roman lied to Niko to hide his failures of life but Niko still helps Roman to make his life better in Taxi business.

After completing his 1st mission by getting Roman back into his taxi business Niko quickly gets himself into the world of Underworld, crime and corruption. After completing some missions Niko meets Vlad who wants to be with Roman’s girl friend. Niko kills Vlad when he knows that he betrayed him by taking Roman’s girlfriend with him after killing Vlad. Then Niko and Roman meet with Mikhail Faustin and Dimitri Rascalov. Story is all about to betray first Dimitri betrays with Mikhail by telling Niko to kill him. When Niko kills him Dimtiri betrays Niko and tries to kill Niko. Niko survives and meet allots of people during the story to take his revenge and in last Niko has two option against Dimitri Revenge or Deal.

Game contains many unique and extra ordinary things which other games don’t have in them.GTA 4 contains allots of new changes as compared to its previous versions. Graphics are really superb and outstanding. Music is much betters then the last episodes. Driving is very realistic, so player should be efficient to drive a vehicle. ROCKSTAR has provided open city to play anywhere they provided that fabulous driving model and much better gunplay then the previous numbers. Player can steal the vehicles such as cars, bikes, boats, and helicopters. Stealing the car is not as easy at it was in previous episodes 1st you have to break the glass with you elbow or some thing else and you have to unlock the car. Your cell phone makes the game play more interesting you can call your girlfriend and you can also make a phone call to do a job as well. Idea of cell phone is appreciated by the players.

Cool shootouts make the game more entertaining cover system also does matter. Next thing is the versatility of vehicles GTA 4 has got. Although MAP of the version is smaller then the San Andreas but GTA 4 has variety of missions. “On screen” guide shows you the path through out the mission – it shows the multi routes and player can pick one from them. Niko can steal the cars, use weapons in public but this time police is extra ordinary efficient like it was never before in GTA whole series . ROCKSTAR reworked their combat system of the game there are different styles of combats with police or gangsters such as hand to hand combat, gunfights, and cover system also Wanted level system is quite different from the previous versions this time a radius appears when cops suspects the Niko and size of the radius increases with the wanted level of the player. If player is injured he can recover his health by using Soda, food and medical kits.

Multi player has 15 modes in this version it supports 32 players in computer such as Team based game play, Team death match and Team car jack. Players can race in multiplayer mode against each other through check points with combats GTA San Andreas was a highly anticipated game and now GTA 4 is a complete package of entertainment and fun player cannot be disappoint by playing this game GTA 4 is one of the best games of the years and a fantastic gift to gamers from ROCKSTAR