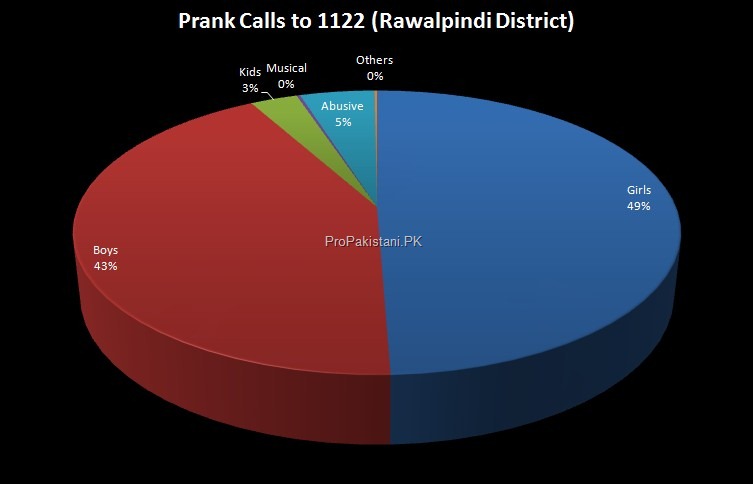 Statistics said that The Punjab Emergency Service, Rescue 1122 received a total of 1,088,235 obnoxious/irrelevant calls (that’s over a million calls) at emergency number 1122 since its inception in District Rawalpindi.

The main reason for this rise in prank calls from girls is mainly due to more freedom that they have got in our society as compared to the past, opines a psychologist. 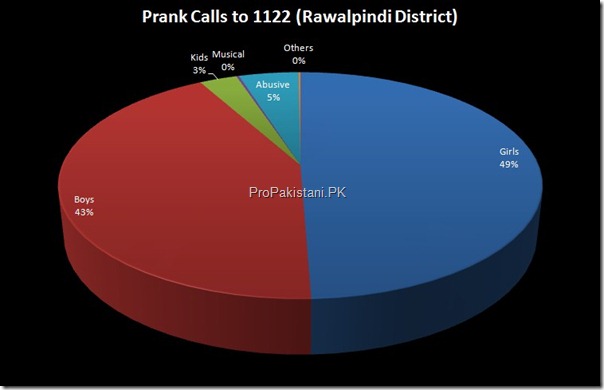 Fine and Imprisonment for Prank Callers:

It’s not that Rescue 1122 isn’t taking any action against such unwanted callers. But the overall number still continues to increase, and hence Emergency Service 1122 is often compelled to take necessary legal action which includes imprisonment for six months or fine of Rs. 50,000 or both.

In addition, Rescue 1122 is always in touch with PTA to get those numbers blocked that originate prank calls. Registration of FIR and legal action is however the last option that the emergency service takes.