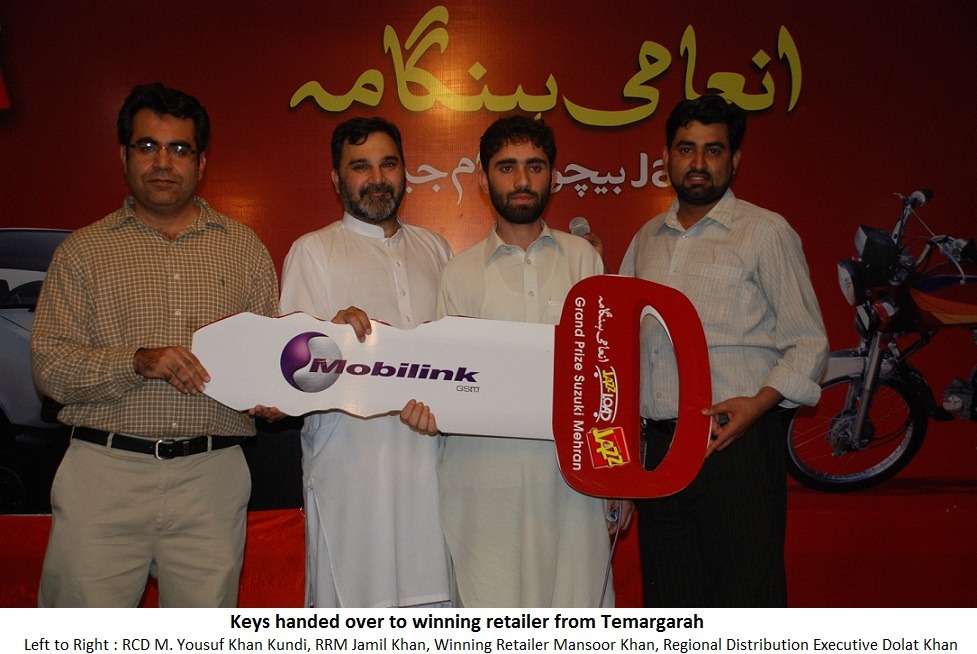 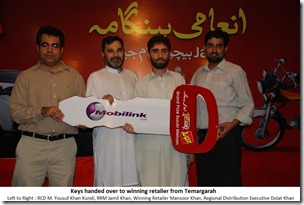 Mobilink recently organized events to mark the success of its retailers of Jazz Inami Hungama Promo. The winning retailers were given the prizes in two ceremonies held in Mardan and Peshawar where Singers and comedian also performed.

The Grand prize of 800 CC Suzuki Mehran was won by Retailer Mansoor Khan from Temaragarh. The three 70 CC motorcycles were won by retailers from Swat, Bannu & D I Khan. In addition Super & easy prizes were also distributed among winning retailers by Management.

Speaking at occasion Regional Director congratulated the winning retailers. He also thanked the retailers for their level of participation in retailers promo & assured that such promos would be announced from time to time. 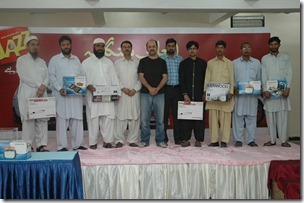 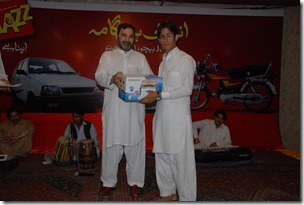 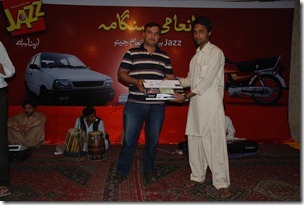 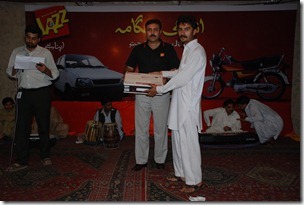 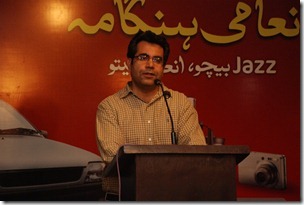 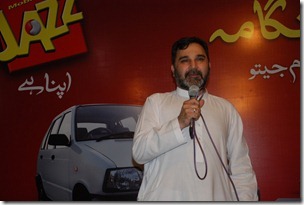