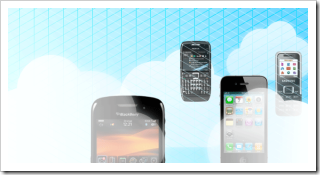 Our mobile devices are pivotal in keeping us connected at all times. We look to our devices for everything from simple calls and text messages to instant GPS navigation; to checking the posts on our Facebook accounts.

New gadgets with richer features, technologies, and apps are coming out every day and keeping consumers on the edge of their seats to get a hold of that next cool app. As we become more and more dependent on our mobile devices, it’s no doubt these numbers will only continue to climb.

In Pakistan alone, there are close to 120 million mobile subscriptions according to Pakistan Telecommunications Authority and 12.5% of these users access internet through their phones as per the Internet Service Providers Association of Pakistan.

As this trend escalates, we see cloud computing playing a key role in the next wave of personal computing, augmenting or even eclipsing the personal computer in some cases — and it’s these cloud services that will be the reason many people use a device at all. Mobile and cloud are kindred spirits – both offer unprecedented flexibility and a means for reacting faster than ever before to business changes.

Behind the surge in cloud activity: a growing population of mobile customers and small and medium businesses (SMBs) who increasingly want their content and software available on all of their devices at all times rather than tied to specific computers, phones or tablets. SMBs need to be agile. They want quick access to business applications, where they can approve requisitions or view customer orders on the fly, to keep their business moving. As more SMBs turn to mobile devices to conduct business, technology providers such as managed service providers (MSPs) see the cloud as a powerful enabler for SMBs to turn to in order to address this growing business need.

And it seems that SMBs are really hitting their stride with everything cloud computing, thanks to the tablet’s ever growing popularity. RingCentral’s 2012 mobile survey reveals that there is an explosion in tablet PC ownership, from 28 percent in 2011 to 62 percent in 2012 – a staggering shift!

And then there are some of us who are perpetually hunting for apps for our mobile devices – to squeeze every ounce of functionality out of it. It is clear that any mobile application that adequately supplants an old way of doing things – is worth embracing. That is ‘true convergence’. Using tablets to take notes, check email and browse the web, present at a sales meeting, turns your iPad into your most important business tool.

Furthermore, the surging demand for storage in the cloud is also being driven by camera-equipped Smartphones and tablets that take photos and video. Each new generation of phones and tablets takes images needing denser files. Newer models backup content automatically to the cloud and synchronize it with the user’s other devices, which also drives up usage.

Today, employees are motivated by the fact that they are allowed to work off-premise and bring their own device to work. With core business applications in the cloud, employees can now plug into their small business cloud wherever they are, whenever they want – remotely. This leads to flexible work arrangements, as well as increased productivity. Take for example, construction companies are building better, faster, cheaper because they can push plan changes more quickly into the field. Healthcare organizations have tighter control over cash flow and inventory with mobile devices that enable them to order replacement supplies at the point of use.

The Cloud: Safer Than Ever

With these devices, security remains top of mind, having data and critical business functions in the cloud. However, several significant advances in authentication, authorization and auditing, and the rigorous security controls with advanced technologies have made the cloud secure- prompting small businesses to lean increasingly toward cloud as not only a platform that reduces cost, but also one that now enables them to focus more in business growth and strategy rather than managing IT.

It seems that SMB owners are embracing the fact that running a business remotely using mobile devices will become the new “norm” in today’s era of computing. And SMBs’ who want to stay ahead of the competition will be turning to the cloud to quickly make that their business reality.