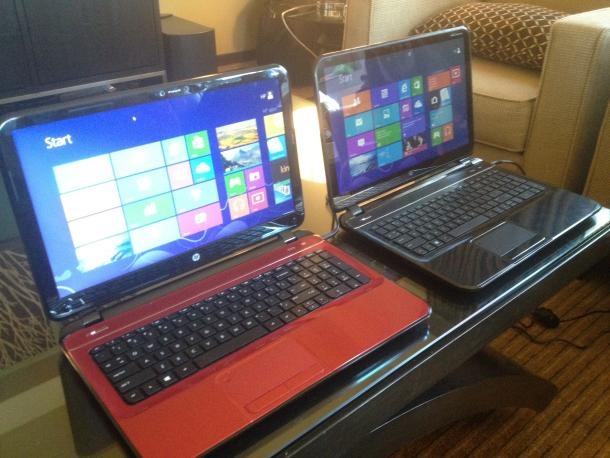 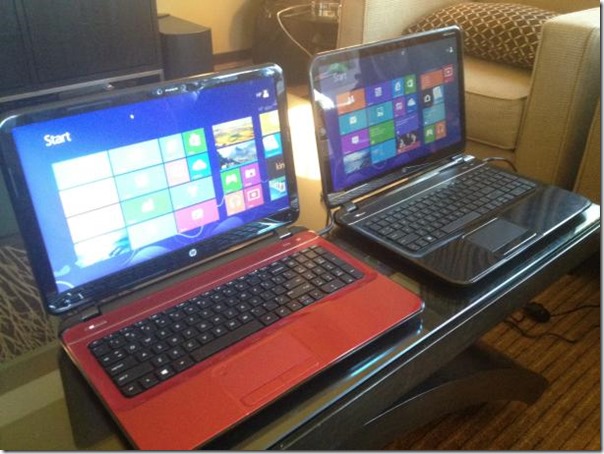 It may look so but not everything shown at CES was ultra-expensive. There were some budget laptops worth liking there too and among them are these two sleek laptops.

We should make this a bit clear in the beginning:  the two laptops are called the Pavilion TouchSmart Sleekbook and Pavilion Sleekbook respectively and as clear by its name, the former has got a touchscreen… and is more expensive of the two (although mentioning this wasn’t required). You might’ve known what terrible times HP is observing these days so both these laptops will try to bring the company back to the right path.

Both of these laptops, like their names are a bit similar in terms of specs too. Both the laptops are offered with AMD’s Trinity processors. The Touchsmart version has the AMD A8 processor while the cheaper model comes with the A6 version. Both have 6 and 4 GBs of RAM while the hard drive space you’ll get with both of them is 750 and 500 Gbs respectively.

Both of the laptops offer 15.6 inch displays with resolution of 1366 x 768 pixels. The Touchsmart version, is a bit thicker at 23mm compared to the 21mm of the non-touch base model. That’s because it features a 10-point multitouch touchscreen.

A thing which some people will definitely appreciate in both of these laptops is that they offer full keyboards along with numpads. They come in three colors: Sparkling Black, Red and Winter Blue. Both of these Pavilion Sleekbooks come in with a wide variety of connectivity options including HDMI, Wifi, USB 3.0, Ethernet etc. The Operating System running is Windows 8.

I don’t know why but both of these laptops look like the original Apple’s iBook but that’s not necessarily a bad thing and maybe, its only me.

Quite a lot of time has passed since we started seeing Windows 8 running laptops flood the markets  but still, finding a Windows 8 laptop on a budget is very uncommon. HP is definitely trying to change this pattern. I mean, getting a laptop with a latest operating system, with quality specs, with an interesting design and for as little as $499? I don’t think its that bad of a deal but I suggest you should wait a bit and do some of your research on your own before shelling out all your money in one place.