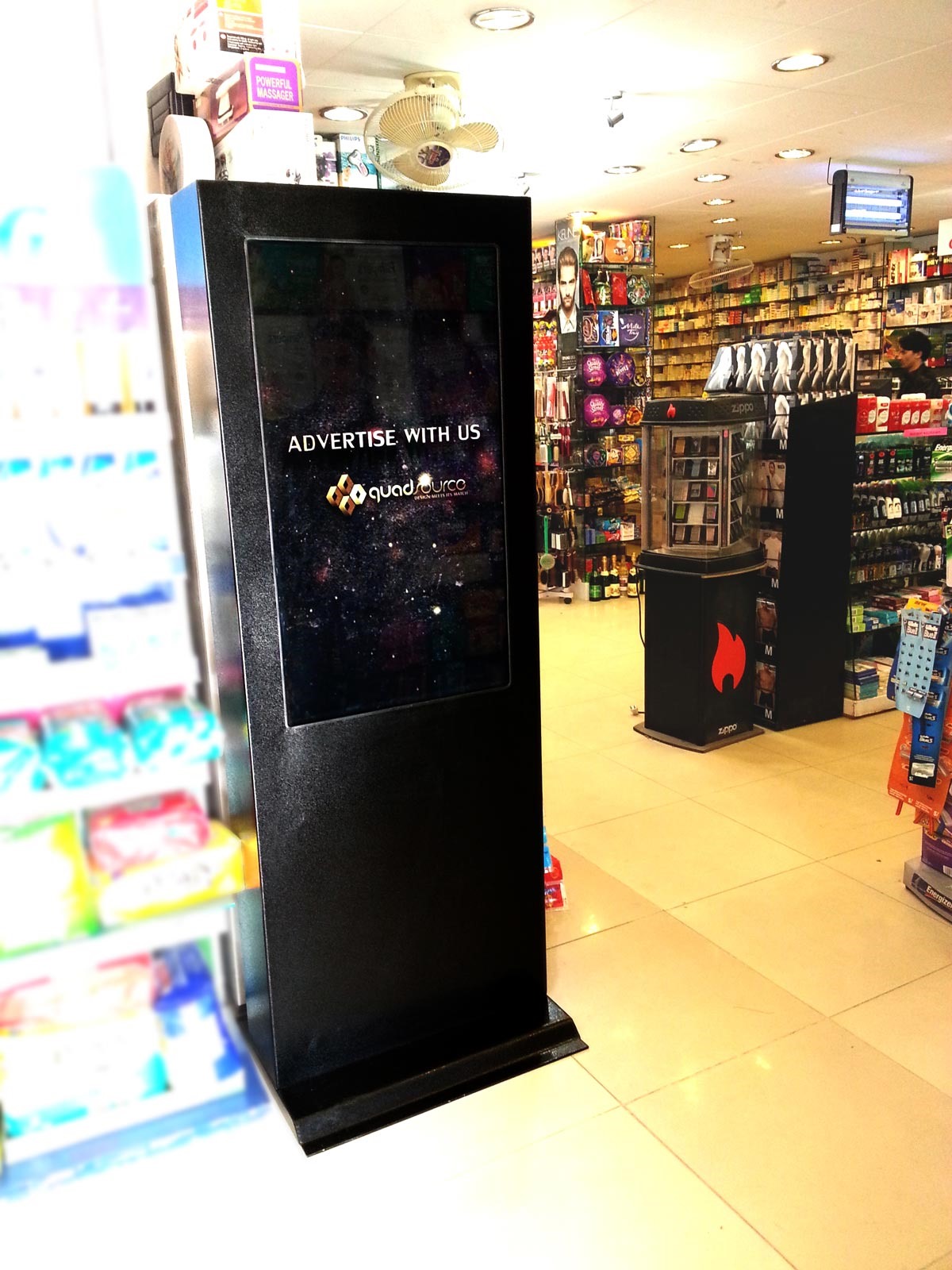 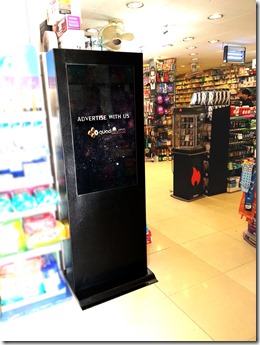 The notably steady but rampant rise to prominence of Digital Signs has served to galvanize brand reputations across the globe. Not only are digital signs a more value added and engaging way to represent basic content but they also mean to serve out content using multiple platforms, i.e. Video, Pictures and Sound. Advertising, Messages, Offers, Solutions so on so forth may all be divulged using this medium outdoors/indoors.

Quadsource has nailed up the first one of its kind indoor digital sign at F11 Dwatson Store in Islamabad. The Kiosk is capable of playing Posters, Animated Posters, Digital Menus, Animated Maps, Product Galleries, Announcement Tickers and Television Commercials.

The kiosk content can be controlled through a remote station. Kiosk screen may also be used to represent multiple clusters of content on different sections of the display. For example, the top may be used to run a new ticker, to the right we may have weather widgets, we may play a small advert in the middle while we pin up a small banner at the bottom of the display.

Content maybe sequenced, timed and looped indefinitely or definitely depending upon the type of campaign which you wish to run for your brand(s). Advertisements may also be looped at certain times on particular days of the week depending on the exposure density which the brand in question is looking to procure. The kiosk is also assembled with its subliminal parts capable of getting disembarked and then get put back together again at will, convenient shipping ensues.

The kiosk has resolutely rugged resistance towards applied pressure, water and heat. The body construct is scratch resistant and dust proof. The playing screen is protected by shatter proof glass to guard against malicious foul play orchestrated in its surroundings. The embedded system which plays digital content is safely locked away within its secure walls and may only be forced open with a key. The Kiosk is setup to automatically resume content playback after power loss without extraneous intervention.

Quadsource is officially opening its harbor doors for advertisers who wish to play their content on their kiosk. Quadsource will undertake content creation/optimization best suited for playback on this device for no extra charge. Advertisers will be given a FREE one week trial on their device. Quadsource also welcomes purchase queries for standing digital posters, video walls, wall mounted digital menus and touch enabled standing digital kiosks.