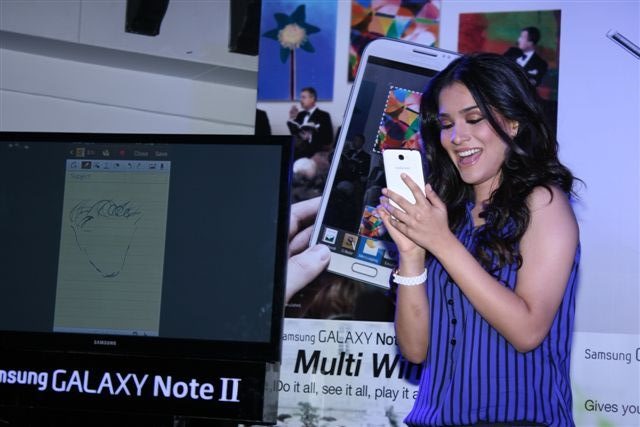 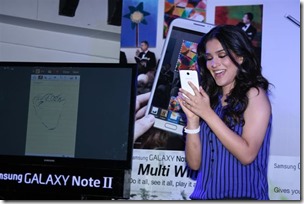 Samsung is celebrating the overwhelming global success of the “Samsung Galaxy Note II” by holding “Creative Guru” activity at various cafes across Pakistan. Launched in October 2012, the Galaxy Note-II is an intuitive smartphone and a fascinatingly creative device.

Samsung claims that worldwide sales Galaxy Note-II had exceeded five million units within two months of its launch, while the figures continue to grow rapidly. This smartphone is consistently selling at more than three times the pace of the Note 1 – its predecessor.

The inauguration ceremony was held at the Atrium in Mall Of Lahore, on 1st February, 2013, attended by prominent personalities along with Television, Print, Radio and online Media.

During the ceremony, a qualified sketch artist from the National College of Arts, was engaged to use the creative features of Note II, and draw a sketch of Humaima Malik – the renowned TV & film star and guest of honour at the ceremony. Humaima was delighted to receive a Note II smartphone from Samsung as a gift.

After being rolled out from Café Zouk-Lahore, the Note II “Creative Guru” events will hit various top Cafes and Art Institutes in Lahore. Later, this contest will continue its journey through trendy cafes in Karachi and Islamabad. The highlight of these shows will be the opportunities for participants to win free Galaxy Note II smartphone.

“A great customer response is generated by the comprehensive mobile experience and delightful expressive freedom delivered by the Note-II. Users can create personalized, complex and highly expressive content for instant sharing, through a wide range of social networks.

Note II “Creative Guru” contest invites every one, to demonstrate their creative talents by using the S-pen and uploading their finished art-works, through the “Note II Creative Guru” Application on Samsung’s Facebook page.

Samsung fans from all over the country can view the Gallery and vote for their favourite drawings, whereby the contest winners will be given valuable prizes including Galaxy Note II smartphone. 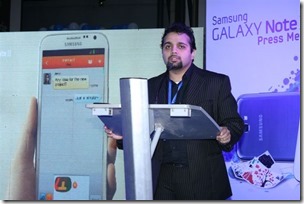 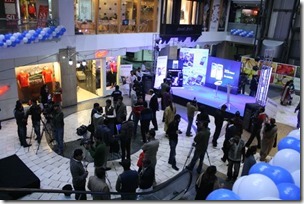 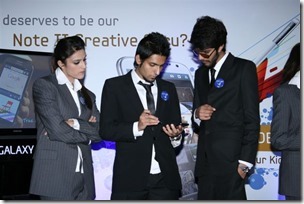 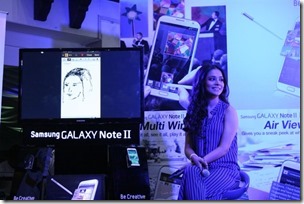 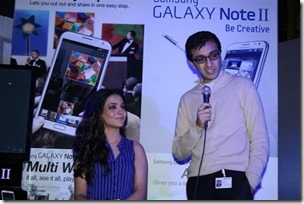 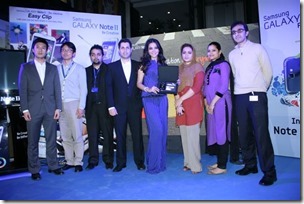