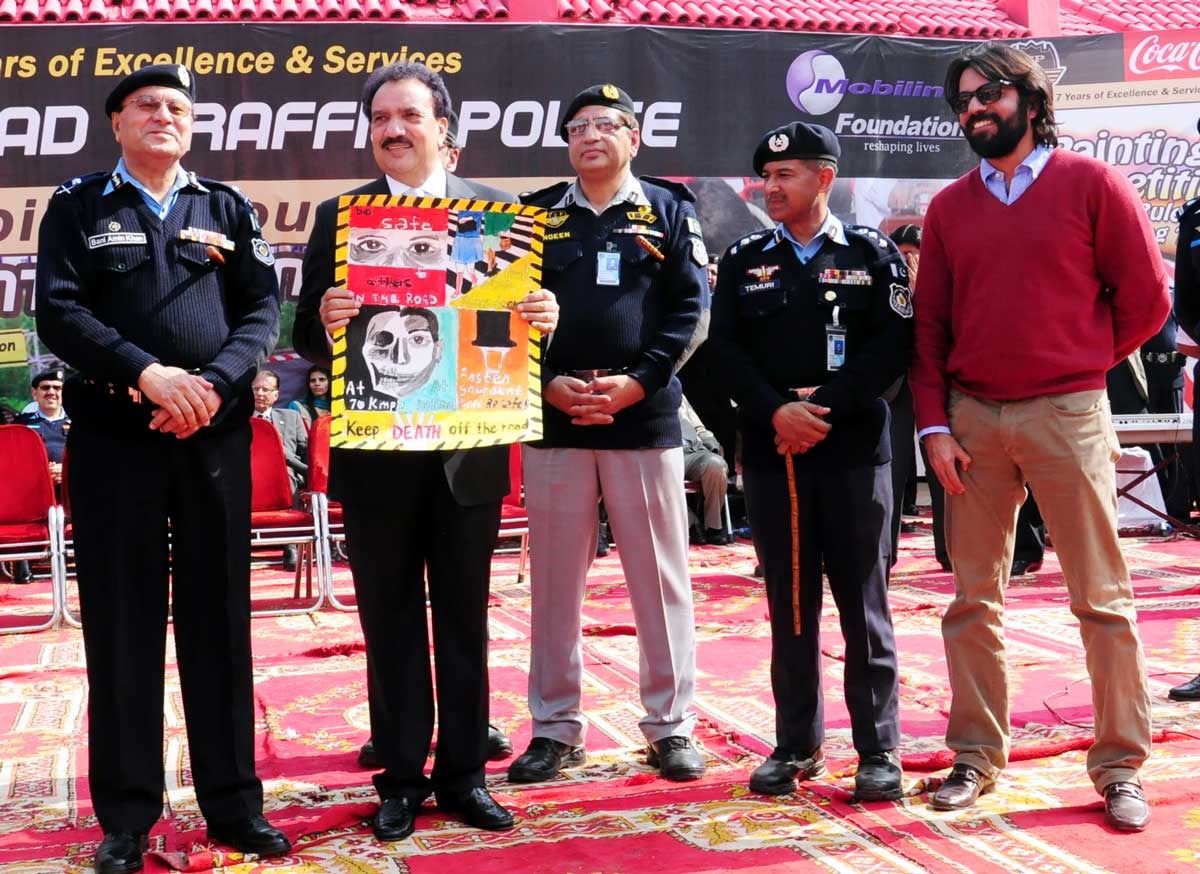 Participating students were asked to use their imagination to visually depict simple yet critical topics related to road safety and associated hazards using the medium of art. The event attracted over twelve hundred students from across various schools/colleges of Islamabad and Rawalpindi.

A unique feature of the event was the involvement of special children who shared their perspectives on the need for safety measures specifically designed for those with special needs.

To sensitize the youth about the potential losses of over speeding, one wheeling etc. under the command of Inspector General of Police, Islamabad Mr. Bani Ameen Khan and able direction of Deputy Inspector General of Police, Headquarters, Islamabad Dr. Sultan Azam Temuri, SSP Traffic Dr. Moeen Masood took the initiative to arrange series of campaigns.

It is important to note that such campaigns are useful to acquaint the road users with traffic laws and to inculcate traffic sense amongst them.

Bilal Munir Sheikh, Chief Commercial Officer, Mobilink added, “Every year thousands of people are affected by road accidents, and much of this distress can be prevented by exercising a little care and vigilance. With this initiative, these young children have helped Mobilink Foundation and ITP share a public service message to educate our citizens towards preventing loss of life and property.”