While scrapping its earlier advertisements, Cabinet Division has once again advertised the vacancies for members of Pakistan Telecommunication Authority.

Job advertisement says that those candidates who had already applied against the posts of member finance and member technical — in response to earlier advertisements — will have to apply again.

Interestingly, government has decided to hire three members (instead of two allowed members as per telecom act), which are:

It merits mentioning here that Pakistan Telecommunication Act clearly mentions that PTA will comprise of two members and one chairman.

It is likely that this job advertisement – and then the hiring of members – will create another controversy and ultimately the deadlock for the industry.

Analysts, while speaking with ProPakistani, opined that government is taking such decisions so mindlessly that it has started to give an impression of deliberate attempt of sabotaging the telecom sector. They said that earlier job advertisements and now this new advertisement show the lack of homework and unprofessionalism.

Analysts said that inclusion of third member – as advertised in papers — isn’t mandated by parliament and hence may cause another legal disaster with-in and around Pakistan Telecommunication Authority.

Following is the job advertisement that was published in various newspapers: 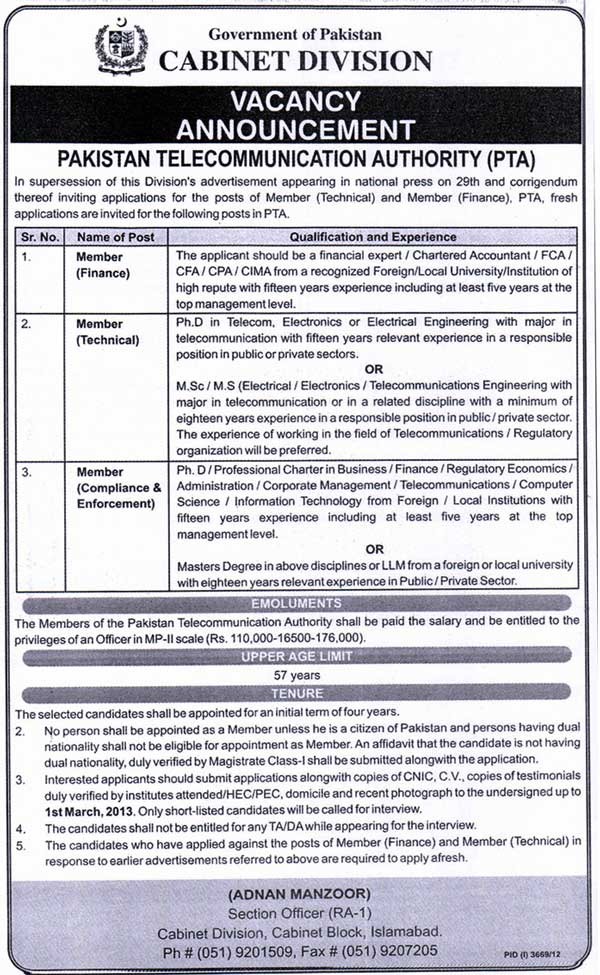