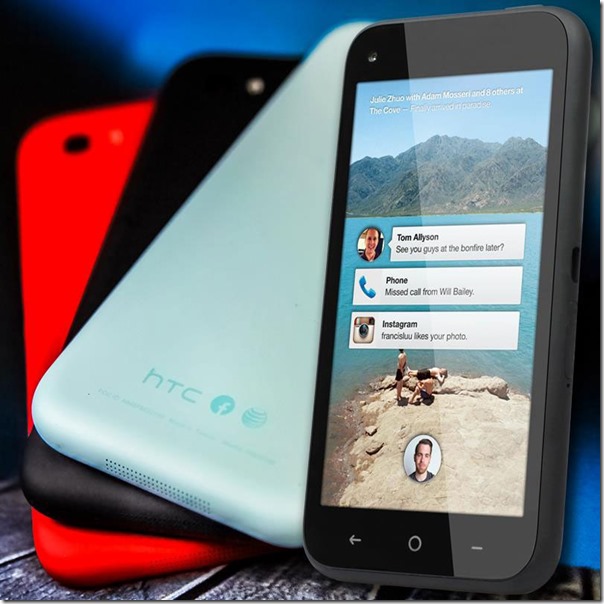 Whether you like the new Facebook Home or not, HTC is pretty much sold on the concept. The new First smartphone by the company is the first phone with the service built right onto the phone.

The star of the show is Facebook’s own ‘Home’ though. The new launcher will be built-in onto the phone right from the start. And in case you can’t care less about the phone, the Home is also coming to other Android phones on April 12. Only the flagships will be served at first, namely the Samsung Galaxy S IV, S3, Note 2 and HTC’s One and One X+ but Facebook CEO Mark Zuckerberg has announced his plans to bring Facebook Home to ‘as many people as possible’.

However it must be kept in mind that the HTC First isn’t the first phone targeted towards Facebook users. Some years back, it was again HTC which was the first company to roll out 2 phones, the ChaCha and Salsa with dedicated Facebook buttons which could share anything being displayed on the screen upon pressing. It remains to be seen though whether the HTC First will perform better than the 2 earlier phones which are already history now.

The phone will be released later this month. Pricing is unknown at the moment.