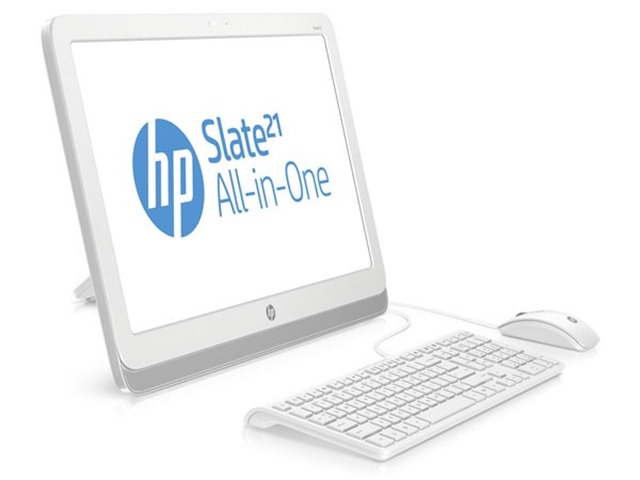 The notion of using tablets as your primary computers has been much considered lately but never went beyond the point of, well, a notion. HP however thinks different and it’s just because of that precise reason that they’re announcing the new Slate 21, which is an Android Jelly Bean-running tablet with a 21 inch display.

The Slate 21 even comes with its own keyboard and mouse.

The star of the show in the Slate 21 is its gorgeous 21 inch IPS display with Full HD resolution, promising crystal clear images. The display is also a touchscreen, naturally, and supports pen input. Behind it is the kickstand which can be toggled in a variety of positions.

For connectivity, the tablet uses Ethernet, 3 (full-size) USB ports, Wifi and headphone jack. It must also be taken into consideration that the tablet doesn’t come with a battery inside and thus, is required to be connected to power at all times. That’s still not bad though as this tablet wasn’t meant to be portable in the first place.

The Slate 21 comes with dual speakers. It will also come with its own keyboard and mouse so HP is trying its best to make you feel at home.

The tablet will be available is September for a very tempting price of $400.