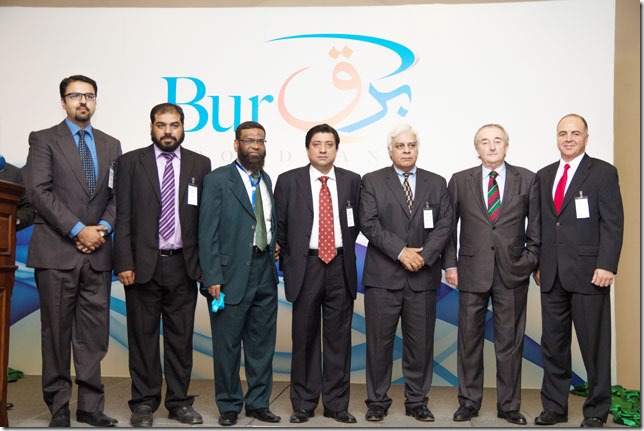 Having footprints in Argentina, Brazil, Paraguay and Uruguay since the early eighties as a pioneer in wireless telecommunications, ICONDOR Telecom is all set to spread the expanse of its network across the sub-continent and Middle East with Pakistan being the hub of its core business activities starting with Broadband Internet Services.

Burq Broadband is reportedly going to offer high-speed broadband over WiFi. Down the line, the company has plans to partner with cellular companies to offer their subscribers the broadband services through WiFi but they will be charged based on their mobile-internet subscriptions.

Data channels over WiFi are always proffered when compared with GSM or 3G networks. Similar kind of partnerships are successfully running across various markets.

At the launch ceremony, Ambassador of Argentina, H.E. Mr. Rodolfo J. Martin Saravia during his address as the chief guest said: ‘We are very hopeful that the success of BURQ Broadband will encourage more investment groups from Argentina to invest in various trade sectors in Pakistan and will open new vistas of progress and development for the country’, said the

On this occasion, the Chairman of the Board of Directors ICONDOR Telecom, Mr. Oubay Atassi told the media that BURQ Broadband has been launched with an objective to improve the social strata and allow people to experience seamless service of high speed internet.

Mr. Shahid Mir, CEO ICONDOR Telecom Pakistan said in his opening speech that BURQ Broadband will be rolled out throughout the country.

Mr. Shahid Mir the CEO of Burq Broadband has vast experience in the field of IT and has been associated with PSEB during the eras of Benazir Bhutto and MIan Nawaz Sharif as Prime Ministers during The 90s respectively.

Mr. Sohel Baqai will be the CTO of the company. Mr. Baqai brings with him a rich experience of more than 23 years honed around Multinationals of The Caliber and Magnitudes of ALCATEL Lucent and Mobilink.

Syed Alireza has been given the charge of Marketing and Sales as General Manager and Head. Mr. Ali has worked for Ufone as Regional Manager and his last assignment at Telco was  heading The Scratch Card Distribution set of China Mobile Pakistan (ZONG) under the former Head of Sales at ZONG and the current Head of Sales Ufone Mr. Usman Ishaq.