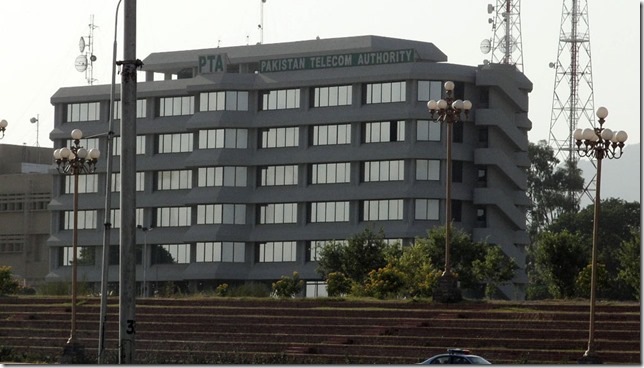 Ever received an international call with a local number? If yes, then that call came through illegal grey channels.

For those who are not familiar, grey traffic is the way to carry international voice traffic into Pakistan through the internet (VoIP) and then terminating those voice calls on exchanges within the country. These exchanges are capable of transferring VoIP calls to local networks.

The costs of carrying voice traffic to Pakistan, government taxes and various levies involved during the process is pocketed by grey traffic smugglers, which is estimated to be around the $350 to $400-million mark per year.

This industry is only growing with time and resulting into huge losses to the national exchequer, local telecom operators and the national economy.

The scourge of grey traffic

The phenomenon of grey traffic dates back to the nineties. However, it picked up only during 2006-07 when mobile penetration in the country grew at optimum rates.

Grey traffickers cause a loss to the national exchequer by setting up illegal exchanges as they do not pay LDI license fee worth $0.5 million and a renewal fee of 0.5% of the annual gross revenue. They do not collect any taxes for the government and pose a grave threat to national security as all calls are unmonitored.

The illegal exchanges can be set up at low cost by grey traffickers amid the presence of cheap Chinese equipment is in the country. Operators also set up multiple SIMS of local cellular service providers which route these calls through VOIP services.

What is the ICH?

Serious concerns over grey traffic first surfaced around 2008, when the then Pakistan Telecommunication (PTA) chairman and other officials of the telecom industry tabled the idea of bringing in International Clearing House (ICH), essentially a centralised place through which international calls would be brought into Pakistan.

The main goal of the ICH was to centralise traffic route through a single channel so that illegal traffic could be detected and curtailed. Along with improving the margin of incoming calls, the operators would provide equipment to relevant authorities to detect the location of the illegal exchanges set up by the grey traffickers.

The premise of the ICH was also to improve return for the government with enhanced collection of taxes and monitoring of sensitive information. The ICH would have also improved viability for LDI operators and protect loss of jobs due to failure of business. Inflow of foreign exchange would have increased as well. The ICH would also help the Universal Service Fund bridge the digital divide providing access to telecom facilities to all citizens of Pakistan.

The IT ministry, under the previous government, re-reviewed the ICH proposal and went ahead with its implementation. As expected, the initial rise in tariffs also gave rise to grey traffic as people resorted to using cheaper medium of communication — illegal exchanges.

There is a misconception that the Pakistan termination rates have increased after the establishment of the ICH. The settlement rate in pre ICH scenario was 6.25 cents, which has increased to 8.8.

While looking at the LDI business holistically, it must be reviewed that the termination rates of foreign operators in Middle East and Europe (for mobile termination) are in the range of 10-15 cents that is still higher than 8.8. These countries account for two-thirds of the traffic terminated in Pakistan.

Although the Pakistan market termination rates in the pre ICH period were low, foreign operators were still charging higher tariffs to their subscribers. Therefore, the entire margin was reaped by the foreign operators resulting in a loss to the national economy. The ICH merely balanced this phenomenon, helping local operations become more viable.

What lies ahead for the industry?

The requirement for the ICH needs to be understood before being rejected and outrightly banned. The ICH may have a teething problem but given time, grey traffic would be reduced and, eventually, resolved.

The PTA has already blocked over 200,000 IPs that were routing grey traffic, thousands of SIMs have been blocked and multiple raids have been conducted to shut down illegal gateways. In addition to this, the PTA has created awareness among people to report any illegal call they receive in an attempt to track and shut down these illegal exchanges.

Although there are calls within the industry to also cancel the licence of Chinese companies who are selling the gateways in Pakistan, it seems unlikely.

On the other hand, the PTA needs to draft a policy where these companies would need to declare details of their transactions. Any sale to unlicenced operators would then be curbed.

This would be another step to curb the setting up of these illegal exchanges.

Some LDI operators who are involved in such activities are coming to light as Wisecomm, an LDI operator, was recently shut down by FIA and their bank accounts seized on account of grey trafficking. The post ICH world is much better for the government and all players involved should also try to understand its importance.

The writer is head of marketing at Wateen Telecom Limited.