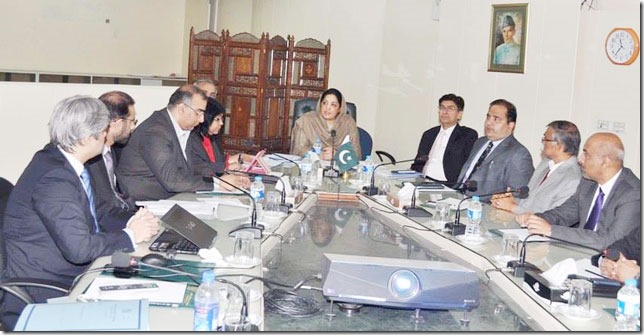 “We are going to table a comprehensive Cyber crime bill before the cabinet. Which has been prepared in consultation with all stakeholders over the last 3 years. International best practices have been taken in to consideration while drafting it”, said Ms. Anusha Rahman, State Minister for IT & Telecom.

The State Minister was chairing a meeting last Friday to review the final Draft of Prevention of E-Crimes Bill 2014 .

The objective of the meeting was to discuss the final draft of The Prevention of Electronic Crimes Bill before its submission to the cabinet expected early this week.

This cyber crime bill was long pending as country was running without any legislation available for the crimes committed over internet.

NR3C – a law enforcement agency that works under FIA and look after cyber crimes in the country — will be empowered to deal with all cyber crimes once the much-awaited Electronic Crime Bill is passed.

Currently NR3C relies on Pakistan Penal Code and various other regulations that don’t give the agency enough ability to peruse cyber crimes.

It must be noted that after Cyber Crime bill is passed, masses are likely to remain unsafe. As only law is not not we require in Pakistan, instead awareness amongst the masses and more vigilance from NR3C and its collaboration with internet companies is mandatory to minimize the chances of Cyber Crimes in the country.