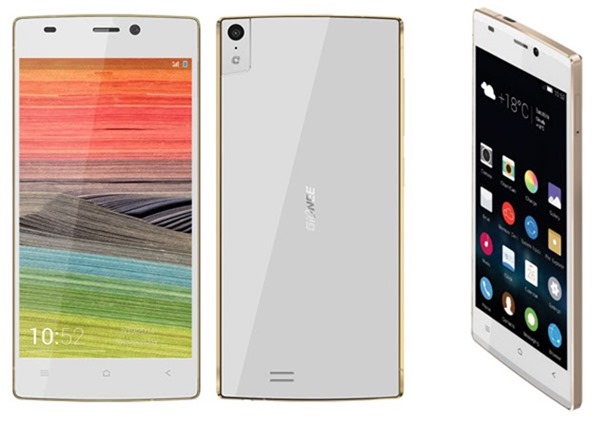 The battle for everything slim is out there everywhere, whether in the case of technology or otherwise. When it comes to phones, there have been pretty sick battles that have happened.

Even Apple, which is has an obsession for everything sleek, once made the slimmest phone in the worldwide, wrongfully. This time though, the claim isn’t false.

Gionee, a young and aspiring handset maker from — as you expected —  China. Apparently, the Chinese have been taking multiple strides in all kinds of technology lately and the Elife S5.5 (named after its most-popular spec) is a prime example of it.

The phone is a mind-blowing 0.25mm thinner than its previous competitor, standing at just 5.5mm.

Other than that, it comes with a 5″ display (resolution not known) and Android-based Amigo OS. Under the hood, you get a 1.7Ghz octa-core processor with 2 GB worth RAM.

A duo of 13 and 5 megapixel cameras can be found at the front and back respectively. A 2,300 mAh battery powers the phone.

Not much is known as for specs now except that the phone is available for $370 on pre-order and will be available worldwide. Here’s the hoping that the neighbours will bring it here too.