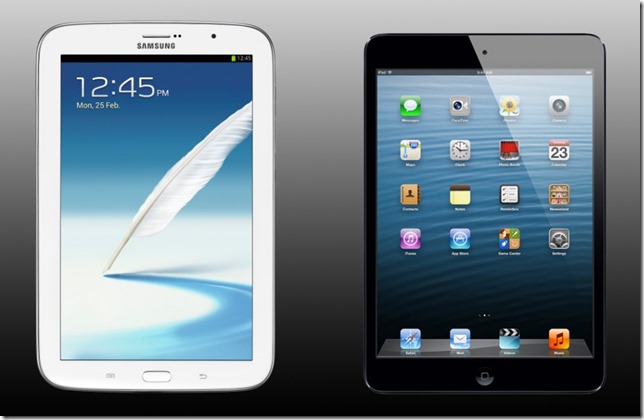 According to recent figures by ZDNet, Samsung is now closing up on Apple quickly in the tablet market, after leaving its closest competitor far behind in smartphones.

The company now holds a market share of 23%, compared to Apple’s 30%, though, the difference is narrowing quickly with the share of the latter sloughing away slowly.

Samsung’s catching up in the market has been attributed to the diversity of its line-up. It currently makes tens of tablets, from the high end 12.2″ Note Pro to the low-end Tab 4 series unveiled days ago.

Overall, it had sold 40 million tablets in 2013 but sales have grown by 200,000 over the last quarter alone, thanks to some important announcements, taking the overall sales count to 14 million in the first quarter of 2014.

And in case you’re wondering, the 40 million figure is also the double of what the company achieved in 2012.

However, Apple still sits at the top with an impressive 26 million tablets sold during the quarter.

Samsung has previously been talking about overtaking Apple too but that hasn’t happened yet. This year, it expects to ship 100 million of those tabs, a mighty number and an equally high moonshot.

Do you think that will happen?