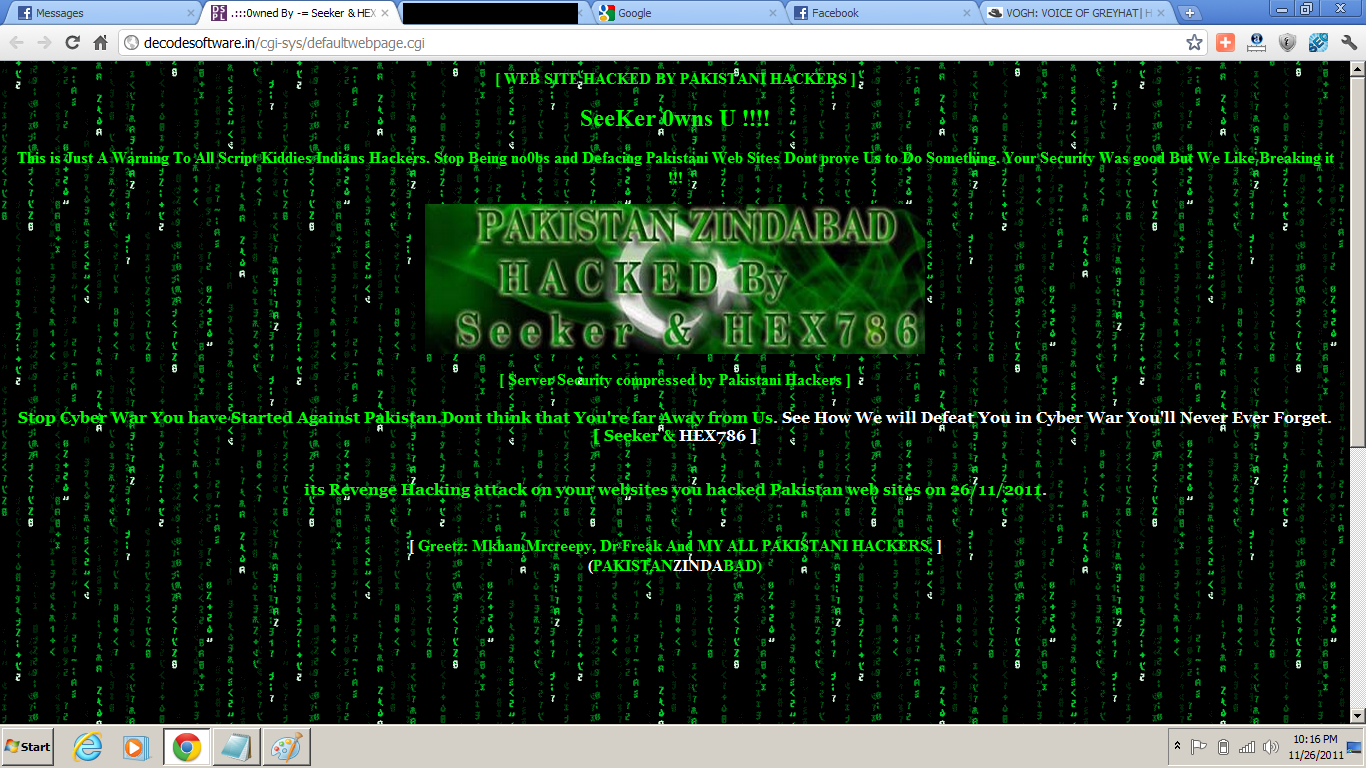 Cyber war between India and Pakistan is always on the run, however, it gets serious during national days or when tension at the borders increases.

For last few days the silos at borders aren’t in good shape as Indian forces are alleged to have violated the line of control several times. Consequently several Pakistani citizens reportedly got injured and several hundred families are in fact re-located to safe distance from border.

Amid such situations Bilawal Bhutto Zardari earlier this week issued a statement against India and said that Pakistan should win back Kashmir by any means. This very statement took India by storm and almost every nook and corner of India responded to the statement, including the Indian hackers who defaced Pakistan Peoples’ Party website last night.

Hacker group left a message on press club of India’s website and said that their target is Indian Government websites. They emphasized that Indian control over Kashmir is illegal, illogical and barbaric.

Pakistani hackers are already calling it #OP INDIA and it seems that they plan to deface more Indian websites with-in next few days. Not to mention, Indian hackers are expected to follow the suite.

Check below the message left by hackers on defaced PCI website: