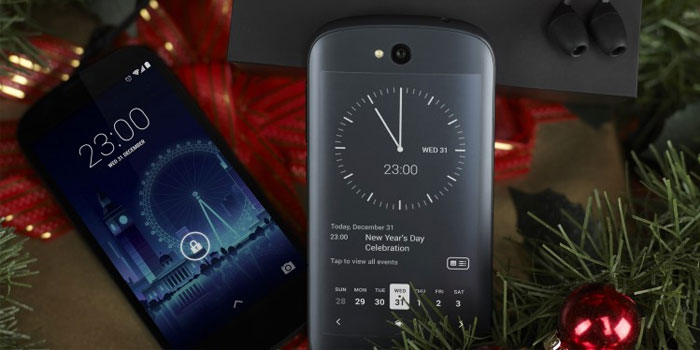 The newly announced YotaPhone 2 is at first look a quirky, hybrid Android device that has the potential to be one of the most intriguing Smartphones available this season. In a smartphone ecosphere where there is limited differentiation between top-tier models, the YotaPhone 2 stands out in a class of its own due to its dual-screen ability that firmly puts it in a niche category. The device is funky, cool and has a bohemian look to it with its secondary monochrome screen that can function as an electronic-paper display.

The primary display of the YotaPhone2 is a 5 inch Super AMOLED screen that is crisp, vivid and exhibits striking imagery. However, this is not what sets it apart from other high-end Android devices. The secondary display, which is literally at the back end of the device, is a 4.7 inch monochrome screen which comes with a YotaMirror mode that allows any app to be used on the rear screen. This means that battery life can be visibly extended if one refrains from using the primary display too often. Coupled with the fact that the included battery is 2,500 mAH strong, this results in a considerably improved experience as compared to other Android devices. 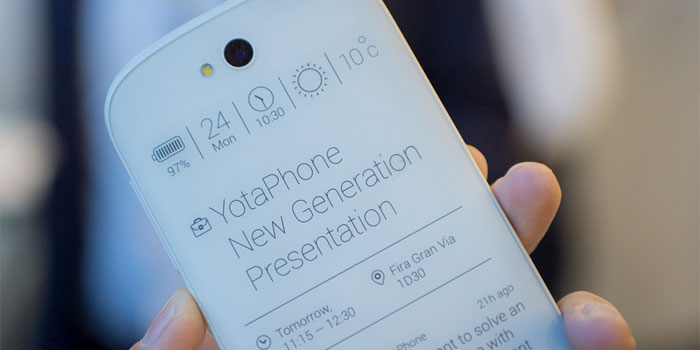 The YotaPhone 2 currently ships with Android 4.4 KitKat, but it is slated to receive the Android 5.0 Lollipop update very soon. Furthermore, the phone is customized with YotaPhone’s native UI that has some innovative swipe gestures and stock applications that enhance the user experience. However, one of its downsides is that it is powered by a slightly older Snapdragon 800 chip that does not give it the blistering fast functionality offered by some of the more premium devices.

In terms of its physical dimensions and looks, the YotaPhone 2 is similar to the HTC One M8 in terms of its curvature and grip. Whilst it is made primarily from plastic, Yota has used a magnesium chassis inside the device for added strength and reinforced the exterior shell with glass fiber giving it a smoother grip and resulting in a durable device. There is no doubt that the phone is sleek, smooth and looks like a premium device.

The YotaPhone 2 will undoubtedly create buzz and excitement and invariably result in a legion of diehard supporters who swear by the device because of its uniqueness and novelty factor. However, it is definitely quite pricey, currently retailing for around €700, and that is one factor that might prevent it from attaining the market share that it so clearly deserves.