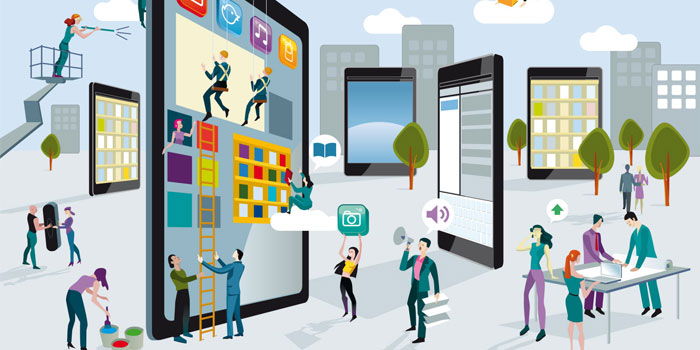 In an indication of the growing dominance of Smartphones and tablets, a new report by Business Insider shows that advertising spend on these platforms is the most rapidly growing segment of total spend on digital mediums.

There is a new, growing class of “mobile-first” users, who have bypassed the personal computer altogether, and prefer to access the internet using their smartphones. Increasing advertising spend is meant to include these users as well.

Traditionally. there has been a massive disparity between the time that people spend accessing their smartphones and tablets and the amount of advertising money spent on these mediums. However, it seems as if marketers are now trying to bring it closer to parity. Analysts suggest that the gap will narrow as people are attracted to content that is optimized for the mobile platform, such as interactive, rich media and native ads, and mobile-based targeting is also simultaneously improved.

Since last year, spend on digital advertising for mobile has risen nearly 43%, with similar figures projected for the next several years. It is also estimated that by 2018, advertising spend in these mediums in the US will be $42 billion, a high figure by any estimates.

The rising spend in the digital sphere points to a very significant conclusion, and that is the fact that the rise of the internet and social media has disrupted business models to the point that they will never be the same again. Communications, marketing and customer care services are all personalized to the degree that consumers are free to interact with each other and businesses in a way that was never possible before.

Traditional mediums such as print and television are becoming increasingly irrelevant; digital marketers can track spend and resulting conversions, therefore calculating their return on investment and deciding whether to continue with or stop specific campaigns. In a world where smartphones now account for 65% of global mobile phone sales, with the proportion expected to increase every year, it is likely that we will see even further growth in the digital advertising sphere.