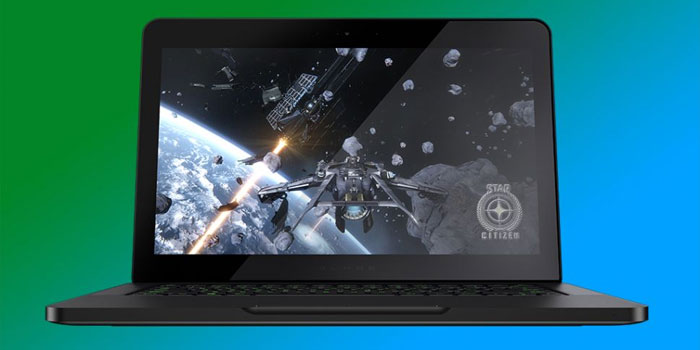 Razer has announced a new version of its renowned Blade gaming laptops. The new model comes with beefier internals, same stunning display and the same $2,199 price.

The 14″ display comes with the same striking 3,200 x 1,800 resolution, which is touch-enabled and an IGZO (Indium Gallium Zinc Oxide) panel. The premium aluminium design is also retained which gives the laptop the company’s traditional look, as well as the green scheme for backlit keyboard.

A 2.6Ghz quad-core Core i7 4720HQ processor with turbo clock speeds of up to 3.6 Ghz, up to 16 GB RAM and 512 GB SSD can be found. The Nvidia GeForce GTX 970M card is also in tow to handle the powerful graphics. It also comes with Optimus Technology, which switches between integrated and dedicated graphics depending on how hard the workload is.

A 70 Wh Li-ion polymer battery will perhaps rectify the issues the last version had in this category. As said earlier, the new Razer Blade will cost $2,199 at launch. The older version should get cheaper too. That one isn’t a slouch by any means either.

With the new version, you can’t help but think that Razer might have an ultimate winner in its hands. Not everyone can afford it but those who can will know that this is the ultimate gaming laptop right now.