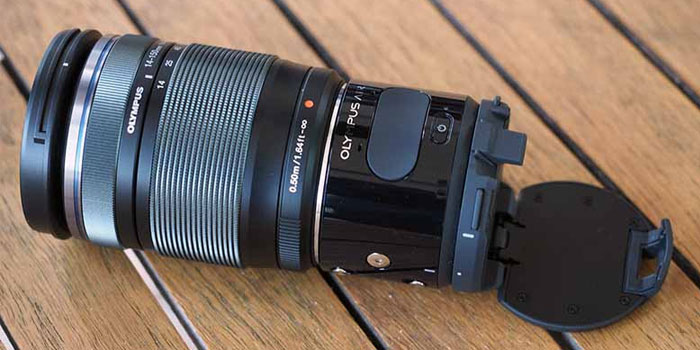 More than a year ago, Sony announced the attachable QX10 and QX100 lens cameras which showed promise but never really caught on due to slow connectivity and high price. Now, Olympus has also jumped ship to announce its own version of the lens camera, with the unveiling of the new Air.

The Air comes with a 16 megapixel Live MOS sensor with 81-point autofocus system and physical shutter release button. The electronic shutter reaches speeds of up to 1/16000s and can shoot up to 10 frames per second. The Air, Olympus says, can pair with any Micro Four Thirds lens.

It also comes with a microSD card slot, tripod mount and a lithium-ion battery, which lasts up to 320 shots on a single charge. The Olympus Air connects to the smartphone via NFC, Wi-Fi or Bluetooth. Specific apps will be created to ease the connection, with third-party developers expected to join in too.

The Air is strictly for those people who usually carry a professional camera with them. Upon setting up, it displays the user interface and turns the smartphone display into a huge viewfinder.