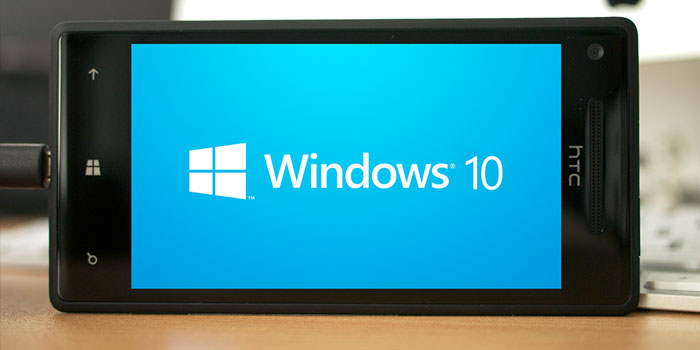 It seems as if modification is not limited to iPhones alone. A slew of recent reports indicate that XDA developers have developed a process that allow all Windows 8 phones to upgrade to a preview version of the upcoming Windows 10 platform. Previously this update was available to only a limited number of Lumia devices.

What the process does, essentially, is to trick the app into thinking the phone is the Lumia 635 – which is a supported device available for the preview. Hence users are allowed to download and install the Windows 10 Technical Preview for Phones.

The process tricks the Windows Insider app into thinking your phone is the Lumia 635, a supported device for the Windows 10 Preview

At the start of the process, users are required to change the phone’s ID, however once the process is complete, further minor updates through the ‘phone update’ setting are no longer accessible. The entire thread detailing this complicated process is 14 pages long, so therefore is definitely time-consuming and cumbersome.

On the forum people have reported successful upgrades of their HTC 8X and One M8 for Windows, as well as some Huawei variants of Windows Phone. The Lumia 930, 925 and 920 ‘flagship’ devices also support this modification process.

Please be careful if you decide to follow the guide, it’s a complicated process and a LOT can go wrong

Like all illegal modifications, this is likely to result in your warranty being declared null and void in case something goes awry. However, if you have a Windows device that isn’t your primary phone, then it could be a fun experiment to test the new platform that Microsoft has been working on. It is likely that official upgrades to Windows 10 will follow in the near future to many more devices, so a little patience could also go a long way.

You can check out the thread here. Please be careful as it is a complicated process!