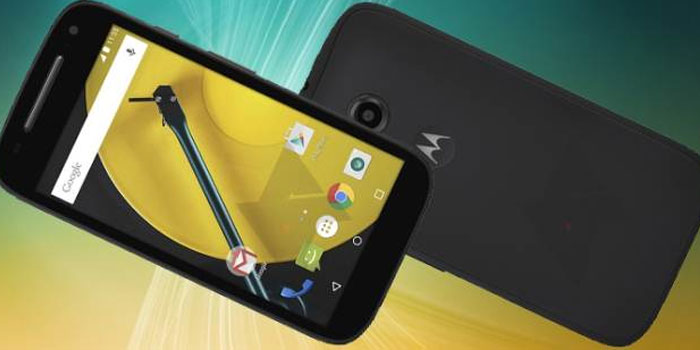 The second version of the Moto E Smartphone is finally official and some big changes are in tow. The 2015 version of Motorola’s quality cheap phone brings LTE, a larger display, HD camera and a 64-bit chipset.

We will be quick to point out that the LTE version of the phone is the more potent of the two and will be the center attention. The Moto E (2015) comes with a larger 4.5″ display, although still with qHD resolution and Gorilla Glass 3.

Under the hood, you get a quad-core 1.2Ghz 64-bit Qualcomm Snapdragon 410 processor with 1 GB RAM and 8 GB internal expandable storage. The camera has been improved and now records 720p videos at 30fps, along with HDR. The front now boasts a VGA shooter too.

Connectivity options of the phone include Bluetooth 4.0 LE. The phone, which will be offered in either Black or White along with a choice of six additional back-plates and Grip Shell cases follows the usual Motorola design language. Why fix something which isn’t broken.

If you have your heart set on this one, the 4G Moto E is the way to go. With timely updates, an attractive design and a fairly impressive hardware for its price, Motorola may have just announced the LTE phone for the masses.