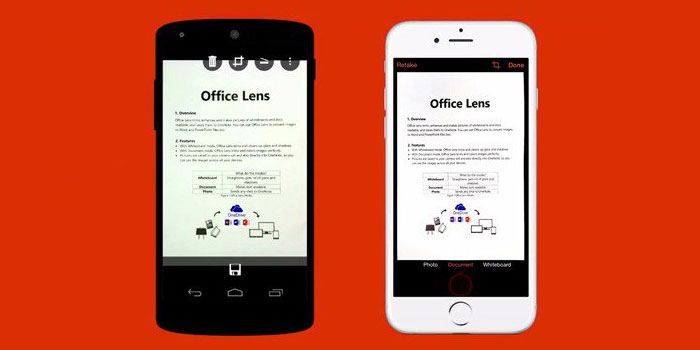 Microsoft is bringing one of its most popular apps on Windows Phone to iOS and Android. The latest offering from Microsoft is the Office Lens app which scans and edits your captured images and makes them available for further scrutiny.

It kind of works as a portable scanner. After taking the snapshot of a whiteboard, it cleans, straightens, sharpens and crops the content.

The app supports optical character recognition (OCR) so you can search for words inside the captured image of a document. The stuff you capture can also be quickly converted into Word, PowerPoint or PDF files. Using OCR, Word can convert your image into text, while in PowerPoint images can be re-edited and placed at will.

Likewise, business cards can quickly be entered into your phone’s contacts list simply by taking an image. The app recognizes the corners of the document.

The free app is available for iOS right now, while that on Android will be available later. You can test the preview on Android right now, though. The app is already available on Windows Phone for over a year now and has an average rating of 4.6 after more than 18,500 reviews.

While the app is certainly not the first in this category, its unique feature is Office integration which makes it much more functional.