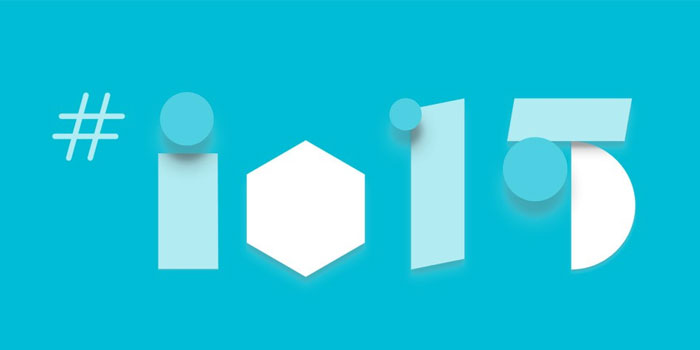 Google recently held its annual I/O Keynote where it revealed the roadmap for current and future products. There were no hardware announcements but Google made up for it by releasing a tons of information about its software products.

We have compiled all of the major announcements from the keynote in a single place for our readers.

Next Version of Android: Android M

Just as expected, Google announced the new version of its Android operating system dubbed Android M for the preview stage. The OS’s preview was released to developers yesterday and is scheduled to be available for consumers by the third quarter this year. The major improvements and latest features are listed below in detail.

Android Pay: Google has made Android Pay official. It will allow fast, secure and contactless payments. The feature might not be available in Pakistan since our banks do not support such payment methods.

App State Backup: A feature that most people have been eager to see for ages. Android M will back up all apps’ user data to cloud every 24 hours. Users never have to worry about losing any of their data if the phone fails or is stolen. It will also make switching to a new phone much easier as you will have all your settings copied into your new phone.

However, app developers have the option to opt out of the feature if they desire. The feature is currently limited to 25MB of Google Drive storage per app but that should be enough for most apps and games data. If you are worried that you don’t have enough space on your Google drive, don’t be. Because it won’t count towards your Drive Storage space.

Custom Chrome Tabs:  In an attempt to refine how apps retrieve data from websites or forward users to mobile browsers, Google has revealed custom chrome tabs. This will present a seamless experience for users when they are forwarded to view web content on their apps.

Previously, apps used in-app browser or a browser selection popup but now a custom tab will be launched on top of the current app in the same color as the app. It will even let developers add buttons on top of the web content so there’s no difference between the app and the custom tab. User data like Chrome’s passwords, autofill data and security settings will also be available for a more integrated experience.

Doze Mode Power Saving: Project Volta in Android Lollipop was only the first step to improve battery life. Google has introduced Doze mode in Android M. It will utilise device’s motion sensors to detect whether the device is idle or not. If it’s not in use the device is sent to “doze” off, delaying the number of times apps can wake up the device. The longer the doze lasts, the more time difference between app wakelocks increases. In an experiment, this allowed the Nexus 9 to last twice as much as it did on Android Lollipop.

Google Now on Tap: Google now personal assistant has been improved and made easier to access. The assistant is now smarter than before as well. The virtual assistant can be accessed from any app by long pressing the home button and asking information. Google now is now contextually aware as well and knows what you are referring to on your screen when you refer to someone in third person and can answer such queries with ease.

Granular Permissions: Google has finally allowed users to control the permissions that their apps can have with the release of Android M. Apps installed on the new OS will not ask for permissions at the time of installation but rather ask for them when they are required for the first time. Users will also have the choice of revoking certain permissions by going into app settings.

USB Type C Support: Android M will support the USB Type C standard out of the box. This will bring the reversible charging support meaning phones and tablets can charge other phones and tablets. USB Type C connectors are also reversible physically so user will no longer need to find which side is up. This new standard will allow 3 to 5 times faster charging speed and it will also allow power, data and video transmission concurrently and at much higher speeds.

Android M Developer Preview images are already available for Nexus 5, Nexus 6, Nexus 9 and Nexus Player for developers or adventurers to try out.

Google has announced its new OS for the Internet of Things. The OS is based on the barebones of the full-featured Android OS. Brillo will provide developers and manufacturers an easy way to build and connect future devices.

Google worked with Nest on the new OS. Acquiring Nest a few years ago was very far-sighted of Google and it will now begin to bear fruits as the Internet of things starts to roll out.

Brillo will run through a centralized console that will support Bluetooth and Wifi for connectivity. The OS will use a common language to talk to devices called Weave. Weave is actually a new protocol that works with Brillo as well as cross-platform devices allowing devices to talk to other IoT OSes. Brillo will be available for developers starting Q3 while Weave stack will go up in Q4.

Inbox by Gmail is finally available for everyone without an invite process. Inbox is a new way to access emails providing much more features than the typical Gmail interface.

Inbox has many new features added to it as well. Inbox allows users to see important information like package tracking, Flight Check-in, Flight Timing and reservation etc. at a glance. It now features an undo send option for mobile users as well. Deleting and archiving via swipes and the ability to have custom signatures has also been added.

Inbox by Gmail can be downloaded via Play Store here.

Google has revealed the long rumored separate Photos app. The app was previously bundled with Google Plus but now comes as a separate app. The app has a massively improved interface making navigation easier. The app also improves upon the current auto-tagging feature and Auto-awesome utility. To top it off, Photos now allows unlimited online backup for pictures up to 16MP and videos of up to 1080p resolution.

Google has announced new versions of Android Studio and Polymer for developers.

Polymer 1.0 on the other hand will allow developers to design their apps and bring new elements to their apps’ user interface such as drag and drop controls, integrated maps etc. Developers can now incorporate complete mobile checkout flow within their app.

By the end of the year, Google Maps will support offline navigation. The feature was requested by users for quite some time now. Specific maps can already be saved offline but this new feature takes things much further.

The new feature will be available in all markets and will allow users to save maps as well as search for locations on the app and get turn by turn notifications even without the internet. In other words, anything that can be done online will now be available offline too.

Google released Android One Smartphones for the emerging markets. The company says that this is a step to bring smartphones to one billion more people. But Google has sensed that even with discounted smartphones, best user experience cannot be guaranteed without fast internet connections. Therefore, Google has taken steps to ensure that Internet will work much better on slower networks thanks to a new version of Chrome and better network management by the OS.

Google has teamed up with Udacity to bring an online course that will educate students about everything Android. The course will last six to 12 months and will be marked by 300 Google developers. The course costs $200 per month and will provide its students a joint degree from Google and Udacity, which is a first of its kind offering. You can check it out here.

Family Star is kids section on the Play Store that can ensure parents that their children can use without the fear of stumbling upon something that’s not appropriate for their age or the Android device. It is a new rating that will apply to more than just games.

Kids can download other apps and books that are appropriate for their age. It will make it easy for kids to find content that is according to age group that has been selected for them by their parents. Third party ESRB ratings and increased security will also be introduced into the Play Store.

Google is releasing a much improved version of their Cardboard VR headset. Google’s VR tech is completely different from what other are coming up with. It costs almost nothing in comparison to what’s available and what will be released in the future from the likes of Facebook Oculus, HTC, Microsoft and Lenovo.

The new version supports devices up to 6 inches and Cardboard SDK also supports iOS devices now. Cardboard is much simpler to build and utilizes a better magnet button mechanism too. It can be assembled in three steps now, reduced from 12 for the previous version.

Google has also released Expeditions and Jump platforms. Expeditions will allow users to take trips anywhere in the world or even outside the world. It can be used for educational purposes too since there’s the ability to synchronize all the devices with the content being played. Schools and Colleges can sign up for the program online.

Jump is another interesting development as it allows 360-degree video viewing experience. Using Google’s VR Computing platform, videos captured from 360-degree rigs can be converted to immersive 3D content. Camera geometry has been opened to public as part of the new platform and people can create their own 360-degree content if they want.