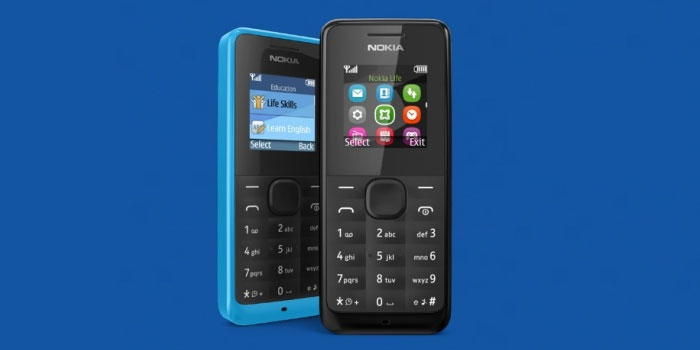 Microsoft has announced its most affordable mobile phone, the new Nokia 105.

According to the corporate giant, the phone is aimed at more budget-conscious consumers as well as those who wish to carry a backup phone for longer journeys. Much like its previous iteration, the new Nokia 105 is expected to generate plenty of revenue for the company, even at its $20 price point. According to Microsoft, its predecessor has been selling about 100 units per minute since 2013.

The new Nokia 105 comes with several improvements over its previous generation sibling. For starters, it offers an extended phonebook capacity, which allows the phone to store up to 2,000 contacts. In addition, it comes with enhanced audio for improved voice clarity. It also support up to 15-hours of talk time in addition to up to 35 days of standby time, all thanks to its replaceable 800mAh battery. The lengthier than usual standby time does indeed make the phone ideal as a backup phone that can be depended upon during travel.

Nokia 105 has extended phonebook capacity, 35 days of standby and 15 hours of talk time

A dual-SIM version of the phone is also offered for further portability, allowing you to save yourself the hassle of carrying two phones. The new Nokia 105 also comes preinstalled with Snake Xenzia and Bubble Bash 2 for those who wish to play some casual games in their spare time. Other common yet convenient features include everyday essentials such as the torchlight as well as FM radio.

On the outside, the new Nokia 105 sports an updated rounded look that makes it aesthetically pleasing while also adding to its durability. The phone will be available in three different colors, namely cyan, black and white.

Starting from this month, both the new Nokia 105 and its dual-SIM variant will retail globally for USD $20 in select markets.