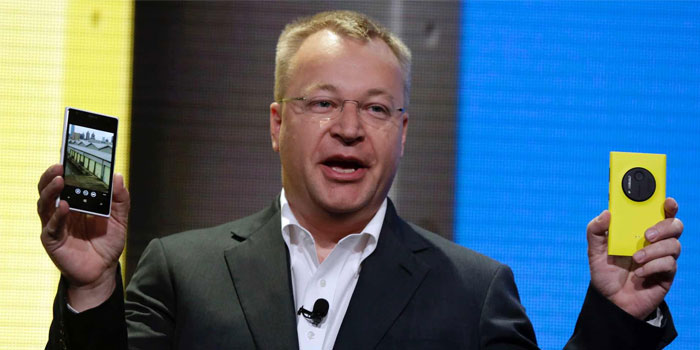 Stephen Elop, the person who’ll always be remembered as the man who placed the last nail in Nokia’s long coffin is set to leave Microsoft, too. He was serving as the Executive Vice President of Microsoft’s Devices and Services unit.

The move is a part of management restructuring currently going on at Microsoft. Terry Myerson, the previous Executive Vice President of Operating Systems will succeed him in the new Windows and Devices Group. With this new group, Microsoft says it is “focused on enabling more personal computing experiences powered by the Windows ecosystem.” Two other execs., Kirill Tatarinov and Eric Rudder are due to leave with Elop.

By joining the OS and Devices counterparts, Microsoft will be able to integrate the two of them better together, possibly similar to the way Apple and others have done in recent times.

That leaves Elop’s tenure at Redmond at just around a year. He joined the company after three years as the CEO of Nokia, one of the world’s largest mobile phone companies in the world then. His decisions to choose Windows Phone and completely ditch Meego are widely seen as the most dubious in modern corporate history.

Nokia plummeted uncontrollably since he was handed reigns in late 2010. Soon, he announced a new deal with Microsoft to use Windows Phone as the primary OS, an OS with even lesser presence and developer support than Nokia’s own. He wrote the now infamous “burning platform” memo where he metaphorically described Nokia as a man standing on a burning oil platform with treacherous waters around.

Elop was undoubtedly among the most controversial leaders in the corporate world today. This stance was not improved by the fact that his former employee was Microsoft (whose shares he continued to hold as a Nokia CEO) and was naturally seen as a Trojan Horse placed to sale Nokia to his former employees for cheap. This view was the basis of a successful book, “The Decline and Fall of Nokia” by David J. Cord. Elop further got an 18.8 million Euro bonus as a part of a Microsoft deal which was kept a secret at first.

No wonder he is included in most recent worst CEOs lists.