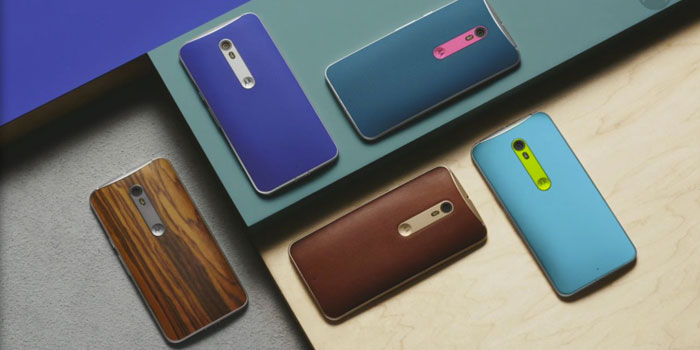 Motorola has a history of producing understated phones. While the last Moto X devices were both attractive offerings, none actually managed to get general public acceptance or popularity. The third time might be a charm for Motorola, though.

It also has a new name for a start: Moto X Style, which is understandable since the phone was where Moto Maker first kicked off. Those customizations are still here, but aren’t really available to everyone.

The display this time around is a larger 5.7” IPS panel, with QHD resolution. It is also scratch-resistant. More importantly, the Moto X Style has a class-leading 76% screen-to-body ratio, while also retaining the dual-stereo speakers at the front.

According to DxO, the Moto X Style’s camera is among the top three in the world

Arguably the biggest upgrade is in the imaging department. The new Moto X Style comes with a 21 megapixel camera, which according to DxO is among the top three cameras in the world. Along with it is Dual Color Correlated Temperature (DCCT) Flash, f/2.0 aperture, phase-detection autofocus and 4K video shooting with HDR.

The front camera is also a 5 megapixel shooter, with a wide-angle 87-degree lens with LED Flash, which is probably the first for a mainstream flagship. Motorola hopes that this will hopefully alleviate the bad reputation its phones have had in the imaging department.

The battery capacity stands at 3,000 mAh. It comes with a new TurboCharger 25, which is faster than conventional charging, and provides 34% juice in only 15 minutes. For your connections, you’ll have the fast Wi-Fi 802.11ac, Bluetooth LE, GPS, microUSB 2.0 (sorry, no Type-C), LTE and NFC.

Finally, while the previous Moto X versions cost quite a bit (especially the original), the third time strikes the chord with the pricing, too. The phone, said to cost $300-400 cheaper than normal flagship phones will retail for just around $400, which is really Nexus territory and a pleasant surprise.

The phone will be available in the coming few weeks. By covering all of its bases, including price rather well this time, will Motorola provide some stiff competition to Samsung and Apple? That remains to be seen.