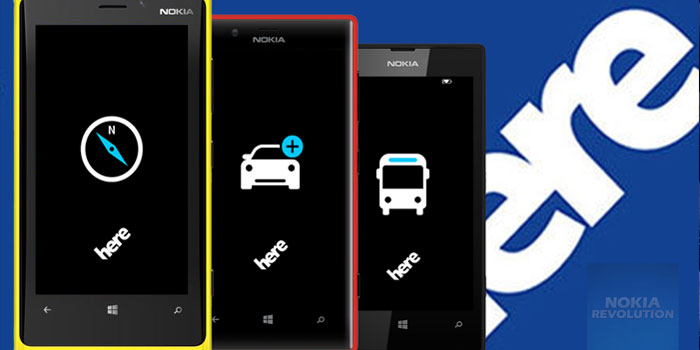 Nokia, it seems, is slowly ridding itself of all the services which made all its Smartphones unique. The latest in that line of products is HERE maps, which have been sold to a consortium of automakers, including Audi, BMW and Daimler AG (the parent company of Mercedes) for $3.1 billion. The service will likely be used in the dashboard systems for the companies’ automobiles, and is likely to be closed by the first quarter of next year.

The three groups will have equal stake in this new service. The technology used by HERE is seen as an alternative to conventional navigation solutions employed by Google and Apple in that it collects real-time data from cars on variables such as traffic and parking, which is then shared with others.

Nokia had hinted earlier that it might be looking for partners to sell the service. Despite its comparatively-limited reach, HERE was seen as one of the more accurate and precise mapping services around. A change of priorities meant however that its future grew uncertain and it was clear that its time was up.

Satellite navigation is widely recognized as a growing market. With around 17 million cars worldwide being fitted with such systems, the number is said to bloat to 25 million by 2021. With driverless cars gaining momentum, it is no wonder that systems such as HERE are in demand.

The service, originally called Navteq was brought by Nokia for $8.1 billion in 2007. That was a time when Nokia used to be the largest mobile phone maker in the world. By selling HERE, Nokia will be focusing more on its networking services, which have long been the most-successful in its portfolio. Its recent merger with Alcatel-Lucent further consolidates the fact that these services are Nokia’s primary operations.